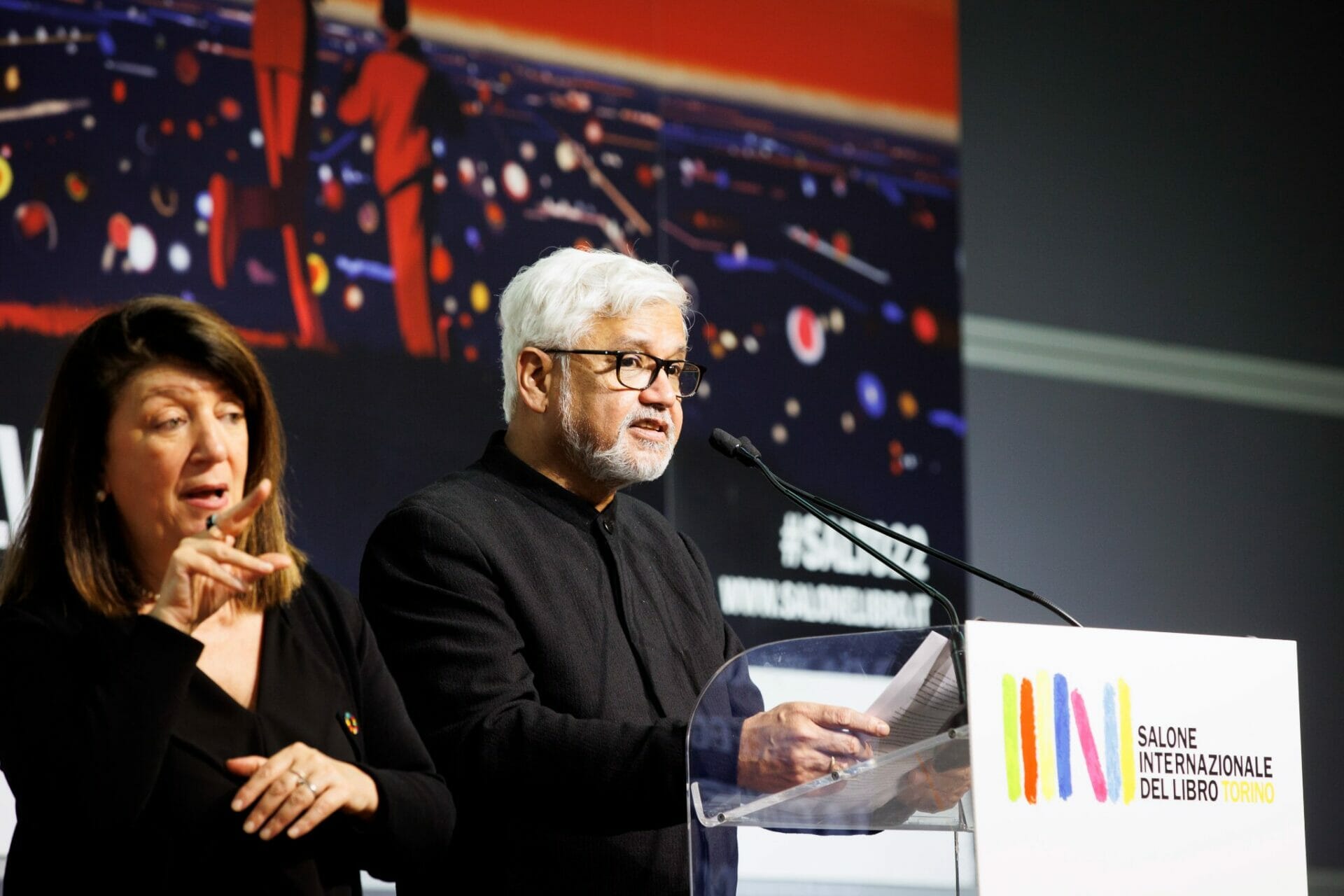 At the 34th Turin International Book Fair, the organization devoted an entire section to environment-focused talks and guests. Part of the structure of the Oval Lingotto, a former sports venue built for the Olympic Games in 2006, has been turned into a little forest – Il Bosco degli Scrittori (The Writers’ Forest), a green area where speakers and listeners are surrounded by nature. This area built by Aboca Edizioni has more than 1,000 plant species among trees and shrubs.

Considering this green turn of the Book Fair, the Indian writer Amitav Ghosh was the ideal choice to open this year’s event. At the age of 65, Ghosh is one of the leading figures in the battle toward a more nature-friendly world. This year, his Lecture Can the Non-Human speak? took the inspiration from Gayatri Chakravorty Spivak’s essay, Can the Subaltern speak?

One day later, he presented the same speech at Turin University in a crowded auditorium in front of students and professionals. He was accompanied by Professor Carmen Concilio and the translators Anna Nadotti and Norman Gobetti. The event resulted in an intriguing and fun conversation among a variety of subject experts. It touched not only on environmental themes but social, economic, and linguistics as well.

The same day, the Italian writer Paolo Cognetti presented his new novel, La Felicità del Lupo at the Italian Book Fair. His conversation was with the academic and psychoanalyst Vittorio Lingiardi. Despite having widely different styles, both writers agreed on one important theme. Stories are meant to share the voices of the unheard.

Amitav Ghosh is an Indian writer, storyteller, and activist. He was born in 1956 in Calcutta and is known both for his works of fiction and his non-fiction essays. Ghosh’s style tends to give space to the unnatural and uncanny but always reconnects to real environmental issues. His environmentalism never stands on its own, but it is often accompanied by social justice issues, especially regarding colonialism. His ability to make science more understandable for everyone made him especially popular in the Fridays for Future movement and among young activists. At the Turin International Book Fair, he presented his new book The Nutmeg’s Curse: Parables for a Planet in Crisis, published by John Murray Press.

Paolo Cognetti is an Italian writer, born in 1978 in Milan. First studying mathematics and then cinema, he soon found his niche in writing about the mountains. Cognetti reached success with The Eight Mountains, the 2016 novel that won prizes all over Europe. A movie based on the novel is coming out in 2022. The Happiness of the Wolf, the novel published by Einaudi that he presented at the Turin International Book Fair, tells the story of different characters living in the imaginary town of Fontana Fredda and in search of their happiness.

Ghosh and the silent language of plants

Ghosh’s lecture was equally distributed between him and his translators, switching from English to Italian. He started by highlighting how humans and other creatures are usually identified in speech. However, Ghosh highlighted how not all humans can speak. Plus, even other non-human forms of life communicate with each other. Animals, for example, but trees and plants as well. “According to a tree”, he said, “it is not the humans who can’t talk?”

However, the relationship between humans and nature is only of competition for the same space. We are all in synergy, each depending on the other. Ghosh cites the moment of the awakening of Buddha under the bodhi tree, as in the Buddhist tradition, as an example of a transspecies meeting. But many times writers have tried to give voices to the unheard parts of nature. He gave examples of the Canticle of the Sun by Francesco d’Assisi or the supernatural beings in William Shakespeare‘s literature. However, as the Illuminist idea of ethnocentrism gained consensus, humans got rid of everything else that inhabited their stories. A great and unnatural loss, according to Ghosh.

So maybe what separates humans from the rest is our ability to tell a story. Or maybe, Ghosh said, humans are capable of understanding what other creatures are saying to us, and our stories are only the result of this understanding. After all, Stephen King himself talked about how “writing feels like hearing voices in your head.”

Anna Nadotti read an extract from Jungle Nama, a graphic verse novel by Amitav Ghosh. This stanza represents best the message that the storyteller was stressing in his lecture.

She’s the Lady of the Jungle, Man Bon Bibi;

She’ll protect you, with her brother Shah Jongoli.

But when you call Bon Bibi, you must do it right,

or your words won’t carry, you must help them take flight.

Be sure to cast your call in dwipodi-poyar,

it’ll give your voice wings, it’s the meter of wonder;

its cadence will strengthen your words; they’ll gain in power;

it’ll work its magic by tying your thoughts together;

into couplets of twenty-four syllables,

that sometimes rhyme, and sometimes use half-rhymed vocables.

Cognetti and the dialogue with nature

Cognetti’s last novel was born, as he told a large audience at the Book Fair, less from a story and more from a daily reflection. His idea was to represent the difference between the time of man and the time of the Earth. He took inspiration from Hokusai‘s 36 Views of Mount Fuji. In it, Mount Fuji stays unchanged despite the world around and below it changing and human lives entangling. “Covid and war may happen in the human world”, said Cognetti. “But the mountain experiences time in a different way than us.”

This reflection is tied to Cognetti’s realization that his mountain was starting to be contaminated by the figures of his life. For example, the memory of his dad carrying him on his shoulders; or a strong wind that reminds him of his lost friend. In Mario Rigoni Stern‘s Arboreto salvatico, a man takes care of the Earth by replanting the trees. In return, the Earth takes care of man by healing his soul. Cognetti sees the woods as benign, feminine energy: after all, trees are all feminine in the dialect he knows best, the Valdostano one. He recommends the works of Stefano Mancuso and his research about the intelligence and emotional capacity of plants.

And here the theme of the wolf comes forward. In the novel, the wolf has a voice for a couple of pages. Cognetti being something of a realist writer, the choice appears strange to some. However, he objects that it is realistic for animals to dream and to talk in their language. Much like Jack London‘s dog in The Call of the Wild, Cognetti’s wolf does not depend on humans to get its message across. Real wolfs do not either, after all. He is once again the demonstration that the mountain (and nature) goes on, whatever may happen to men. 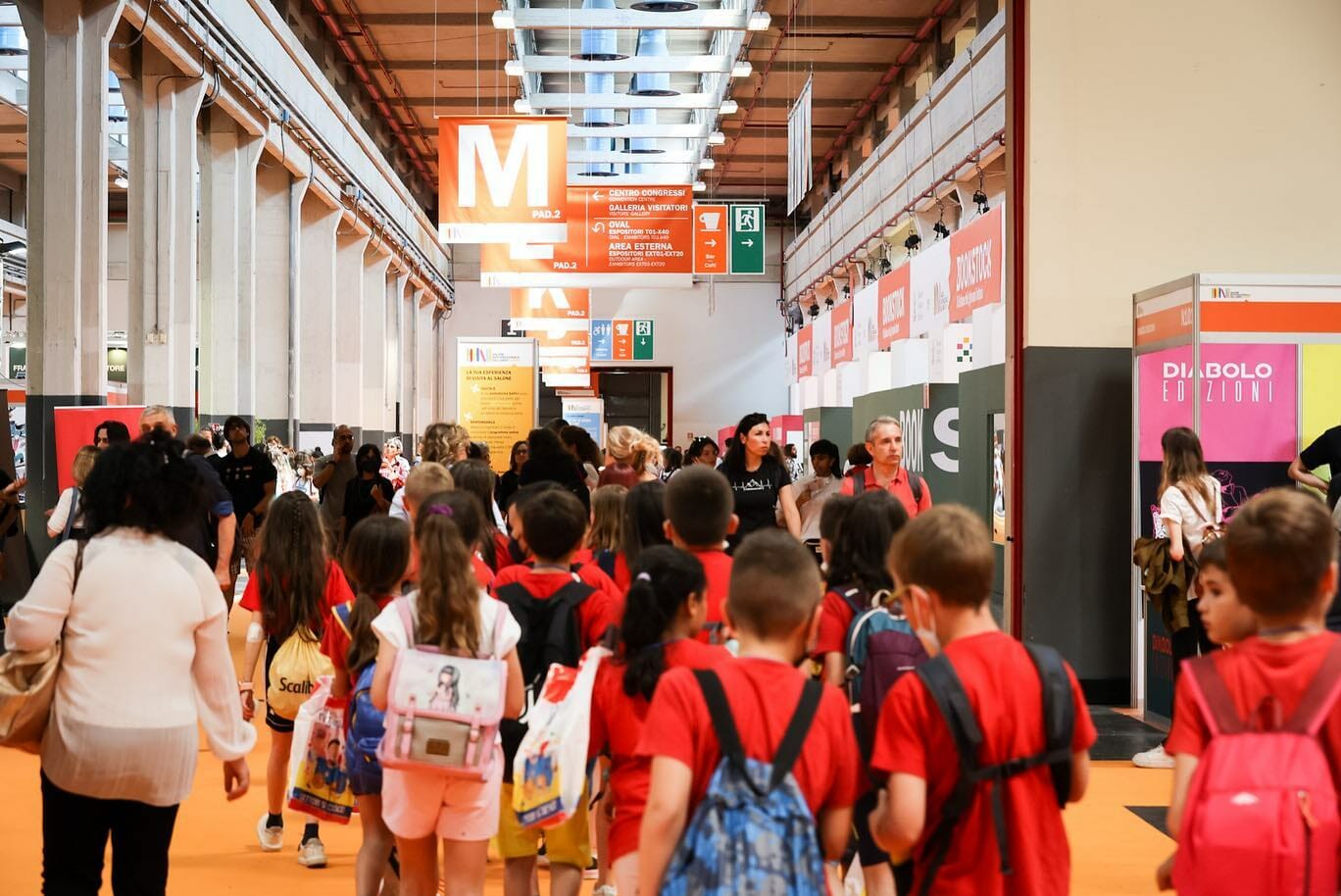