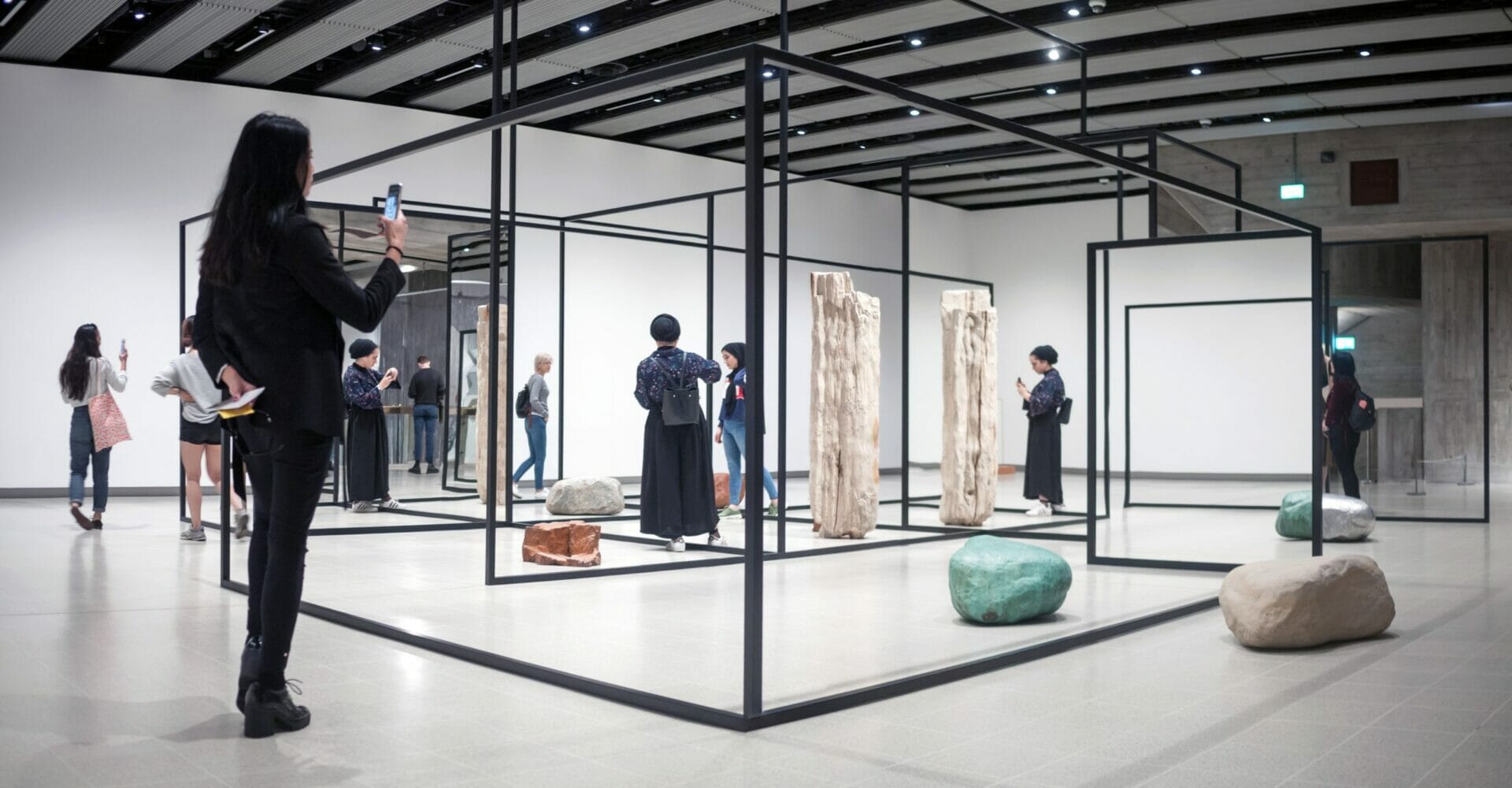 Alicja Kwade’s work WeltenLinie consists of steel beams, with every now and then a mirror placed inside of them. Other times, the beams are empty like a frame. Around the beams stands an installation of stones and tree trunks. Each stone and tree trunk has exactly the same shape, as they are copies – cast in a mold – of one real stone and one petrified tree.

This real stone and tree are present in the installation; they are the only unpainted ones. The copies of the stones and trees are either painted in colors or silver-paint.

Kwade carefully places objects so that the visitor sometimes sees a stone being half silver, and half green, like on the right side of the picture. The same happens with the trees. Moreover, there are angles from which only colored stones and trees are visible, while from other points of view, everything is silver.

Interacting with the surroundings

WeltenLinie has been exhibited in various exhibition spaces, wherein it looks the same, yet different, as it strongly interacts with its surroundings. Try to picture, for example, the same work in an industrial setting. Or outdoors. This is one of those rare works that function best outside of the exhibition space’s white cube. It needs a space with its own character.

The visitor can interact with the work; walk through the frames, look in the mirrors, perhaps even get lost. There have been performances with this work, wherein the artist invited twins wearing identical clothes, walking through it. This performance functions best in a crowded exhibition space.

The Fondazione Sandretto Re Rebaudengo supported the production of this Alicja Kwade’s work.