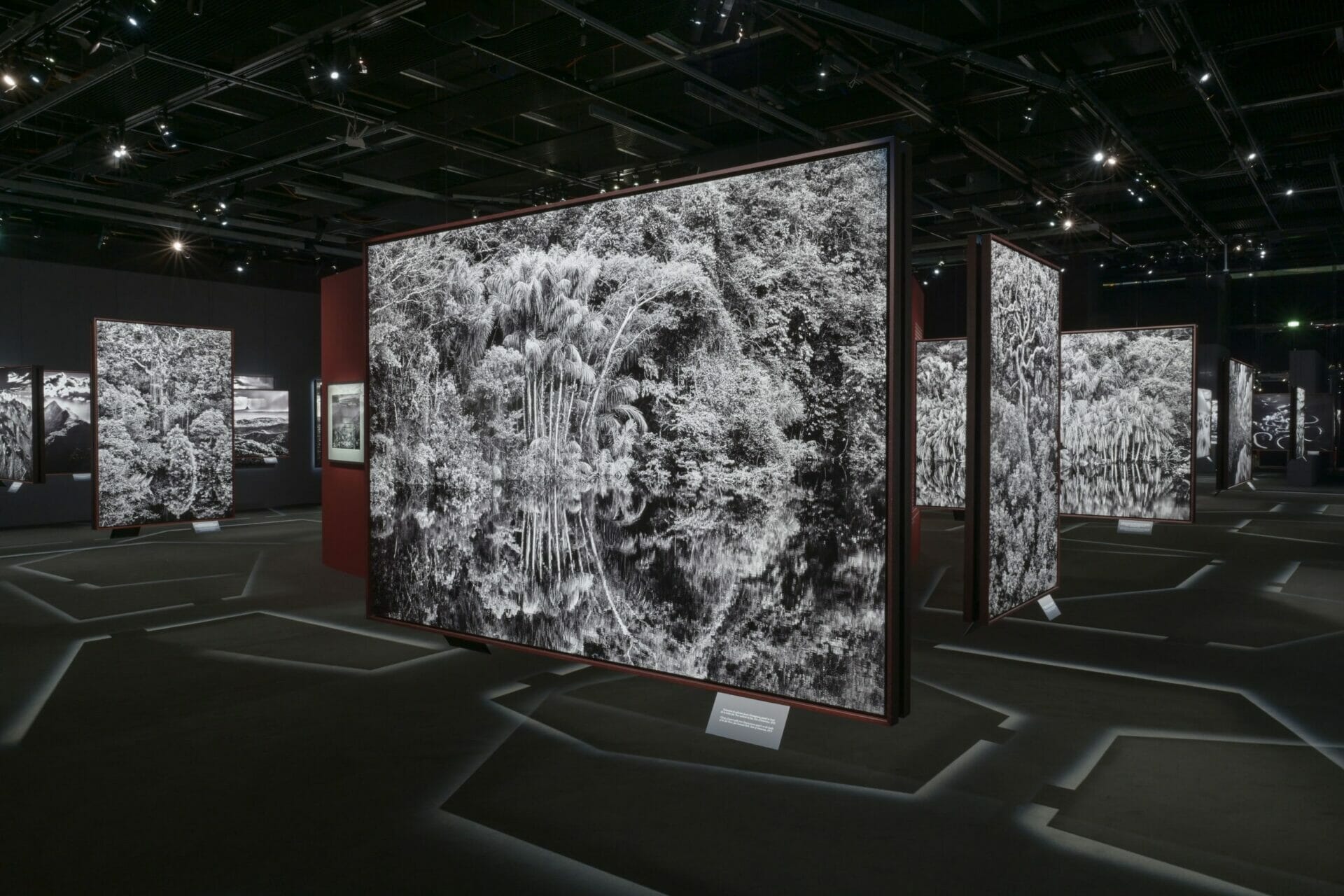 Amazônia is one of Sebastião Salgado‘s most renowned exhibitions, which has been touring worldwide for years. Hypercritic visited it in 2021 at the Philharmonie de Paris. On show was the work of the great photographer taken during seven years spent in the Brazilian Amazon. The images reveal its unique and diverse landscapes, its rivers, its mountains, and the people living there.

The exhibition was imagined and conceived by his wife and partner, Lélia Wanick Salgado. The staging invites the public to enter the Amazon through its waters, then walk deeper into the dense forest, to finally arrive at the heart of the indigenous communities.

Jean-Michel Jarre, an icon of the electronic scene, composed an album specifically for the exhibition, using real sounds and voices of the jungle. The rustling of the trees, the chirps of birds, and the crashing sounds of waterfalls were all collected in situ, accessed by the composer through the archives of the Ethnography Museum of Geneva.

Amazônia, a call for the preservation of humanity’s natural heritage

The visit starts by finding the Amazon in two maps and a few numbers. One realizes the extent of the surface occupied by the jungle as it covers about one-half of Brazil’s territory. The Brazilian state owns 50% of the forest, leaving one quarter to conservation and the other quarter to the indigenous people. However, 18⁒ of the total surface is erased due to deforestation and the land is exploited for commercial purposes, such as mining and agriculture.

Then, the visitors discover a series of landscapes and portraits in black and white. The images in the large floating frames draw the viewer into an ethereal adventure. The contemplation combined with the surrounding sounds produces an ecstatic experience. However, this soon makes place for another emotion, a nostalgic feeling that emanates from black and white pictures. It is almost as if the faces of the indigenous people belong in another century. The audience not only discovers their faces but also their stories, their way of life, and their favorite pet animals. Salgado’s research into the lives of the native communities brings out the richness of their humanity.

Salgado’s work reveals the intimate beauty of the Amazonian forest and its inhabitants. However, the purpose of the exhibition goes well beyond getting the visitors to see the aesthetics of Amazônia, the photographs encourage the public to join the call for conservation. Indeed, the Salgado couple founded in 1998 the Instituto Terra, a project dedicated to the reforestation of Brazilian lands that involves local communities.

On the lands of the Indigenous peoples

The photographer presents to the world ten tribes who were more or less secluded into the Amazon. Some of these indigenous communities have never been in contact with outsiders. And indeed, since the Brazilian constitution of 1988, it is prohibited to approach them in order to protect these communities and their lands. Other indigenous communities however have been open to other civilizations for thousands of years. For instance, the Ashaninka traded goods from the forests with the Incas, such as feathers, wool, cotton, medicinal plants, and honey in exchange for cloth and metallic objects such as silver and gold jewelry, knives, and machetes.

However, the difficulty of moving within the Amazon has left most of the local communities in isolation, which has permitted the emergence of cultural peculiarities. Each tribe has developed a different use of the resources around them. Some extract the toxins of a specific plant as poison to hunt. Others extract pigments from a tree and use them like paint. The photographs show the delicate use of paint as make-up for the faces. Also, paint covers the body of both men and women with patterns. Claude Lévi-Strauss, in his book Tristes Tropiques, gave an anthropological account of his meeting with the indigenous communities of Brazil. Within it, he offers interpretations of the use of these symmetrical and asymmetrical patterns.

The luscious and wondrous landscapes of the Amazon have hosted the dreams and fears of both the indigenous and the foreigners. On the one side, local communities see it as the natural grid safeguarding their ancestral roots, which also carries the hopes of future generations. On the other side of the world, the Amazon was once perceived as an obscure place, deadly and impenetrable by the colonizers. Today, it is collectively seen as a green paradise. One hosting precious biodiversity of plants and animals that makes it the lungs of the earth.

The geography of the Amazon has certainly entered fantasy and science-fiction. Specifically, the tepuyes, the tabular geological formations that have their sidewalls crossed through with waterfalls. They might have inspired the floating mountain of Avatar and also the decors of the animation movie Up. The Pixar team of Up actually traveled to Venezuela to paint and sketch out the tepuyes. They also went to Angel Falls, which is the highest waterfall with a height of 979 meters. These adventures gave them the inspiration to create the setting for their own Paradise Fall in the movie Up.

In conclusion, the black and white photographs of Salgado capture the beauty of the earth inherited by humanity. Not a passive appreciation of it, but an urgent call to actively preserve it. The Amazon will keep on feeding the dreams of generations after us, only if we secure its destiny. 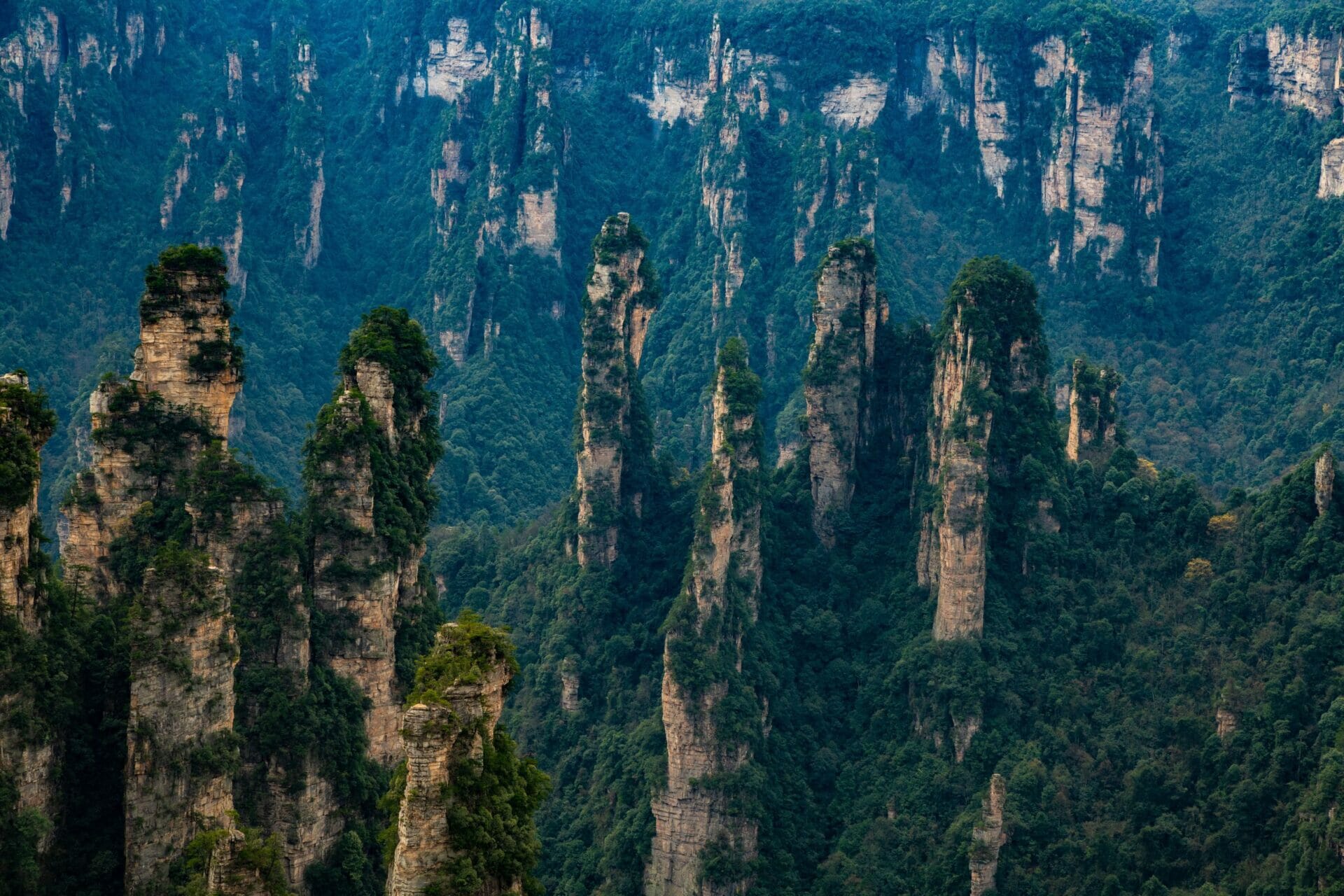 Avatar | The Persuasion of an Alien Way of Life

McCurry Capturing the World through his lens

Avatar | The Persuasion of an Alien Way of Life

McCurry Capturing the World through his lens