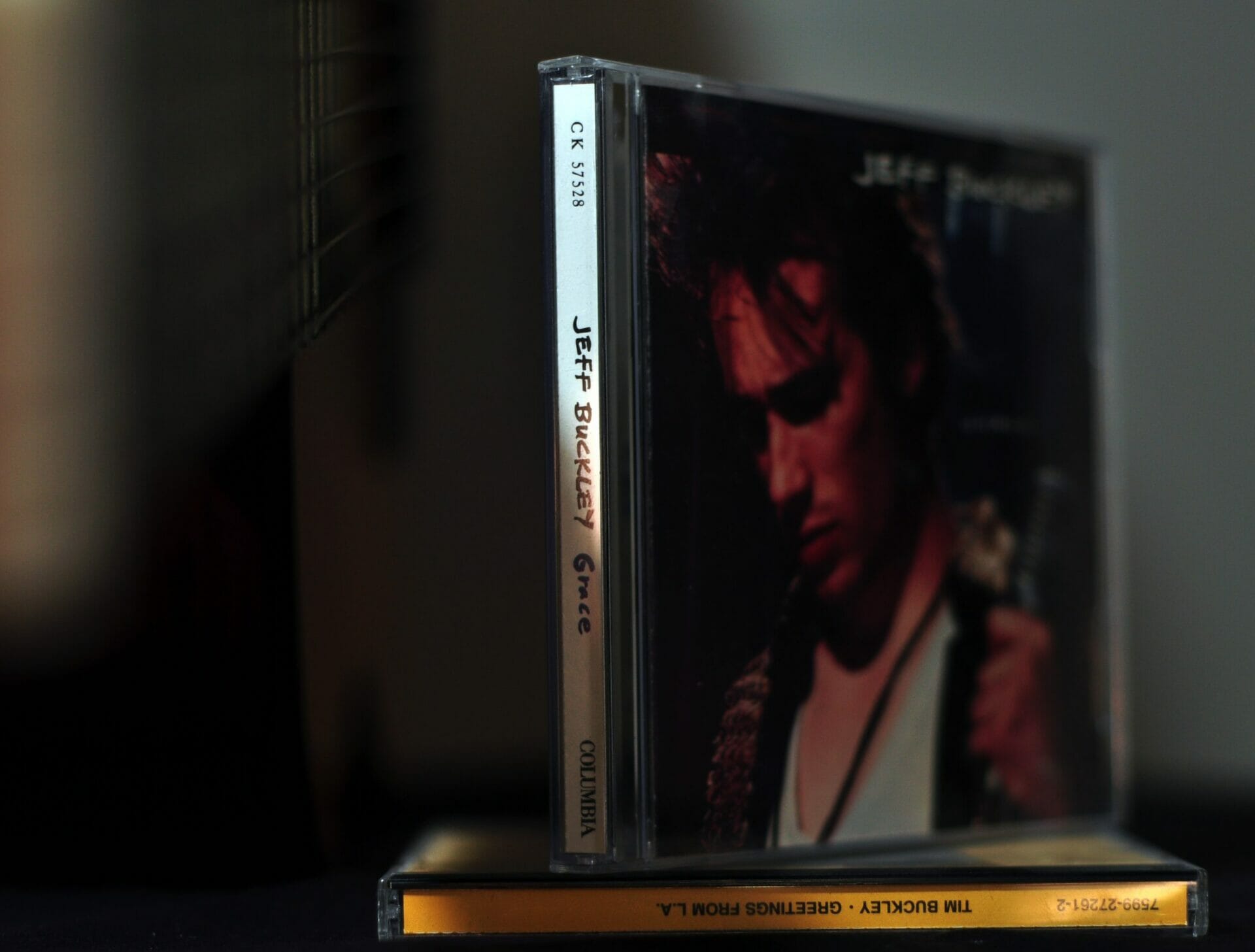 Grace is the only complete studio album by Jeff Buckley, released on August 23, 1994. While the album was initially a slow seller and met with reviews that were favorable but not effusive, it later received wide critical acclaim.

Bono Vox from U2 often pays tribute to Buckley and once stated, “Jeff Buckley’s Grace is a pure drop in an ocean of noise.”

After having started his music career in Los Angeles, Jeff Buckley came to New York in 1991 and hooked up with guitarist Gary Lucas, eventually joining his band Gods & Monsters. Lucas and Buckley established a partnership that produced some very good songs (including Mojo Pin and Grace‘s title track).

Jeff left Gods and Monsters in 1992 after only a couple of performances. He took to performing solo shows in small cafes in New York City. Jeff’s most notable performances were at Sin-é on St. Mark’s Place in the East Village, where he did covers primarily.

Jeff was discovered by Columbia executives while performing at Sin-é. In October 1992, Jeff signed a contract to record with Columbia Records. The album was recorded in Bearsville Recording Studios in Woodstock, New York.

Between influences and shadows of the past

There are many influences on the album, all filtered through a very personal style: from Led Zeppelin to Robert Plant, from Van Morrison to the singer-songwriter’s father, Tim Buckley, passing through other great names of the past, such as Nina Simone, Nusrat Fateh Ali Khan, Bob Dylan, Édith Piaf and Leonard Cohen.

Jeff Buckley entered the music industry under the shadow of his late father, Tim Buckley. The elder Buckley — whose work spanned folk, jazz and funk — had no relationship with his son, meeting him only once before his own accidental death in 1975. His specter haunts the closing track Dream Brother. The song is sung by someone who warns a friend not to abandon his pregnant girlfriend and their unborn child:

Don’t be like the one who made me so old

Don’t be like the one who left behind his name

‘Cause they’re waiting for you like I waited for mine

And nobody ever came.

As far as the contemporary music scene was concerned, Buckley’s debut would transpire in a world captured by the phenomenon that was Grunge. The album was anything but the Grunge sound of the time but nonetheless attracted a wide range of followers. This was because of the visceral impact of Buckley’s vocals and the vocal range he possessed.

The first edition of the album consists of 10 tracks, including covers of Lilac Wine, originally performed by Hope Foye, the traditional song Corpus Christi Carol and the song Hallelujah, written and sung by Leonard Cohen.

The album opens with Mojo Pin, switching between delicate fingerpicking, soft and rapid strumming. Here Buckley examines the torturous pleasure and the pain of love:

The welts of your scorn, my love, give me more.

The title track, Grace, makes for another impactful track. It gently mixes the fleet guitar and mystic lyrics with the dramatic effortlessness of Buckley’s voice.

As far as break-up songs go, Last Goodbye is likely the second-best-known song on the album. Taken in context, it is a touching examination of what went wrong in a relationship eloquently written:

On the whole, the song ponders do we really ever know another.

Another yearning ballad is Lover, You Should’ve Come Over. It is infused with real-world observations and once again depicts a hopeless desire for a lost love.

As we dive deep into the original tracks, Eternal life clamorous guitar and bluesy influence manifest themselves throughout. Once again Buckley changes his approach with an aggressive track about death, racism and fate. It’s the closest Buckley came to grunge, sounding similar to Soundgarden or Pearl Jam.

Eternal Life was inspired by anger over the man that shot Martin Luther King, World War II, slaughter in Guyana and the Manson murders.

The choice of cover songs is flawless. It includes the definitive reading of Leonard Cohen’s Hallelujah, based on John Cale’s 1991 version from the Cohen tribute I’m Your Fan.

Whoever listens carefully to Hallelujah will discover that it is a song about sex, about love, about life on earth. The hallelujah is not a homage to a worshipped person, idol or God, but the hallelujah of the orgasm. It’s an ode to life and love.

Buckley’s take on Lilac Wine, indebted to Nina Simone’s version, comes across like a genuine attempt to recreate the song’s magic for himself. The singer-songwriter replaces the stark piano of Simone’s cover with guitar reverb and cymbal rolls that enhance the song’s midnight glow.

A legacy of pureness

As we approach the end of the album, we encounter the bluesy lament Forget Her. Composed by the singer-songwriter after a breakup, it was later included as the eleventh track on the posthumous editions of the album.

Even though its success was not immediate, Grace has gone down in history as the first and only work of an artist gone too soon, whose talent and music genius generated a pure drop in an ocean of noise. 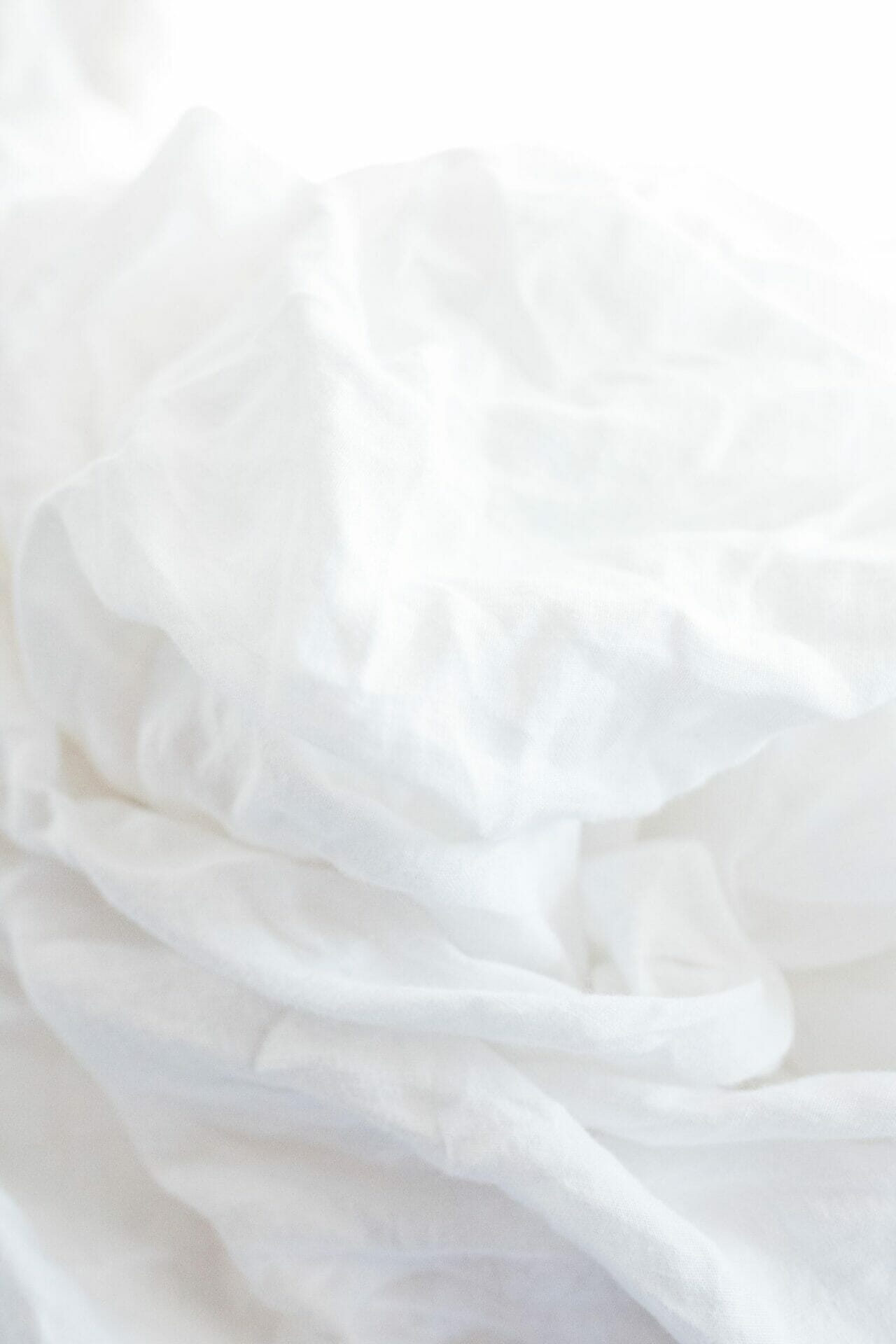