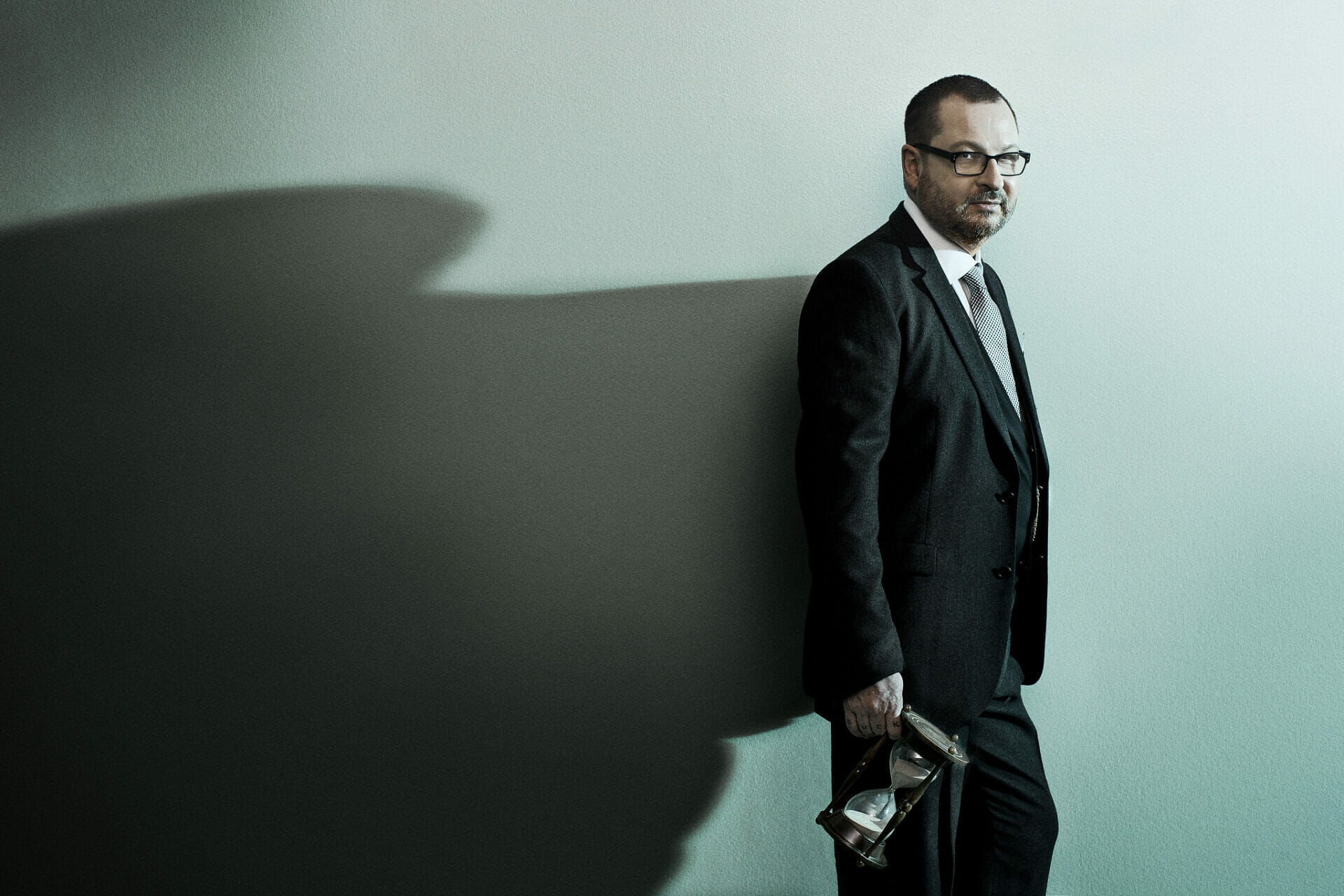 The Seven Most Exciting Hours of Mr. Trier’s Life in Twenty-Four Chapters is an adventure novel based on a true story told in a televised interview by the Danish filmmaker Lars von Trier. The book describes seven hours in the life of Tibor Klaus Trier—Lars von Trier’s father—from the moment that his wife goes into labor early in the morning until Lars is born.

The meaning of cinematic language

While The Seven Most Exciting Hours of Mr. Trier’s Life reads as a humorous and exciting page-turner, its underlying subject is the meaning of cinematic language. Keren Cytter focuses on the influence of film on the way we see the world. Compared to many art forms, cinema is not such an old medium. And yet, it has highly influenced people’s way of seeing the world. Cytter turns this around. She regards cinematic language from an artistic perspective as if it were an object that can be studied from many angles.

She does so, for example, repeating her descriptions of space, each time from a different camera angle. A highly conceptual aspect of Cytter’s work is her use of Lars von Trier’s oeuvre within the story of his own birth. An example is a hospital with haunted ghost children: a hospital that recalls von Trier’s television series The Kingdom. This way, Cytter handles to the viewer on a very humorous plate the question: “Is our work our own, or do impressions that we had during our lives own it?”. Indeed, Lars von Trier wasn’t just influenced by impressions from his childhood, but also from the time before.

A blurred line between dream and reality

Especially towards the end, the sensation arises that everything The Seven Most Exciting Hours of Mr. Trier’s Life describes, whether it is ghost children or a soap opera-like romance between a nurse and a doctor, could have really happened.

Through various dream sequences and distortions of reality, the entire ghost children’s world turns back to normal in a very casual way. Tibor Klaus von Trier is the only witness of it all but wakes up in the end with an erased memory, and all is fine.