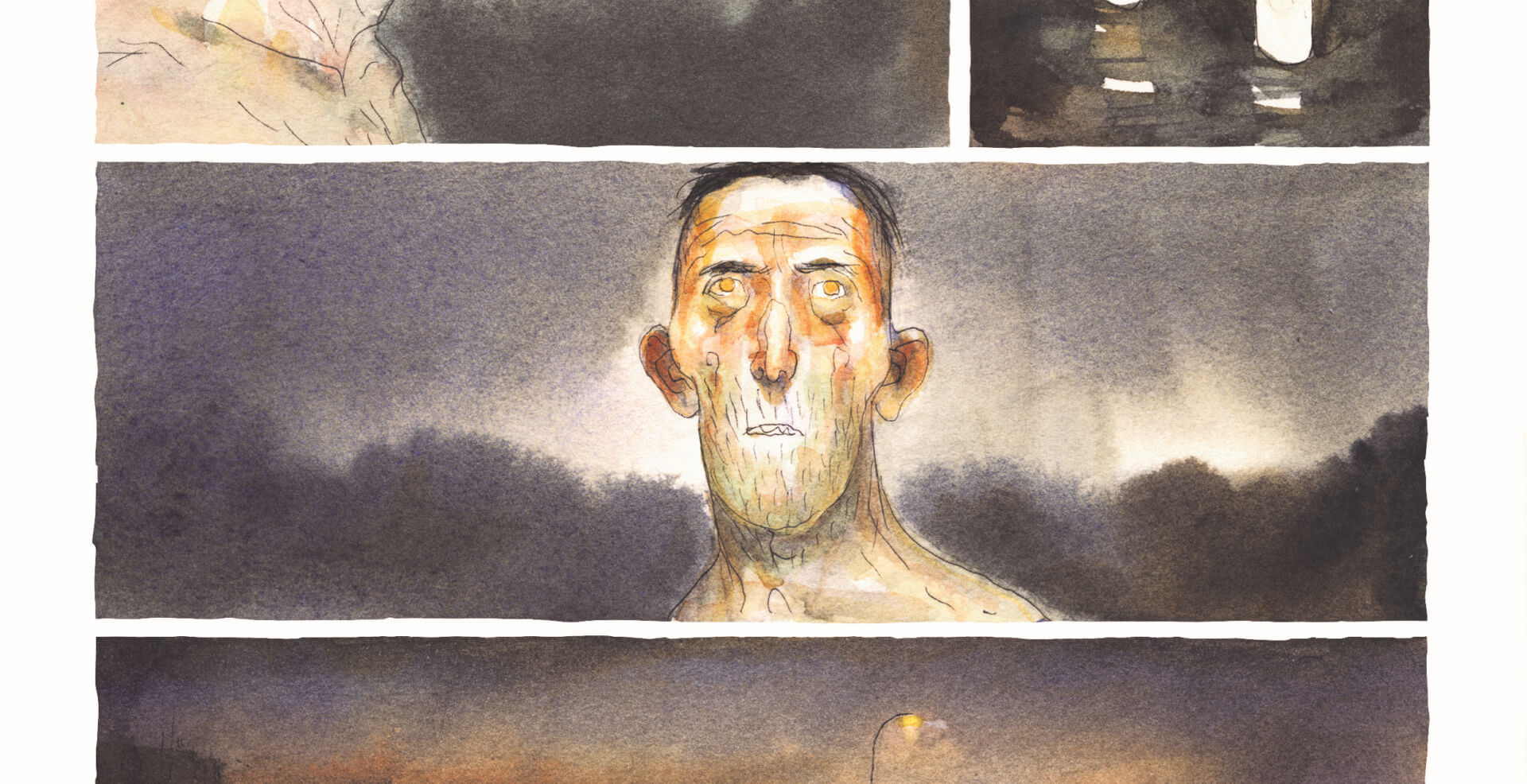 The hardest part of a journey could be either the departure or also the return. One has to face the fact that nothing will be the same: the world changed, as well as the traveler. One Story by the Italian cartoonist and illustrator Gianni Pacinotti, better-known as Gipi, tells about the difficulties of coming back home, tackling also the themes of family and circularity of life. A dreamlike tale in which the past shows up again and again, connecting a man to his great-grandfather through their respective eternal attempt to return home. A real home, for the ancestor, and a home as safe place, for the protagonist: for both, a long journey to a place belonging to their past.

Coconino Press originally published One Story in 2013. The following year, it became the first graphic novel ever nominated for the Strega Literary Award in 2014, being followed by Zerocalcare’s Forget my name in 2015. In 2020 New York Times included it among the best graphic novels of the year.

A family, many wars

On the day of his fiftieth birthday, the writer Silvano suffers a mental breakdown. He wakes up in a psychiatric hospital, where doctors are discussing his disease. He’s obsessed with terrifying memories of the Great War as experienced by his great-grandfather, Mauro. A century later, Silvano feels like he’s fighting a different and yet similar battle in modern times. The story develops as the two characters were following the same path, creating a sense of inevitability.

One story builds a modern family saga that recalls Marquez’s One Hundred Years of Solitude. As the Buendìa family, Silvano and Mauro move into an undefined realistic world, persecuted by the impossibility of finding a balance. A curse which creates a link between generations. Silvano feels like he and Mauro were both veterans and had the same story to tell, even though they experienced a whole different world.

One Story marked a return to comics for Gipi, and in Silvano’s breakdown some autobiographical details can be grasped. Before this graphic novel, the author hadn’t been drawing for five years because of his depression. Only when he managed to start drawing again, he felt better. Although Gipi was never in a mental hospital, Silvano mirrors his detachment from the outside world. And they both find a way to recover, although knowing they wouldn’t be the same person anymore. Like his younger protagonist, Gipi feels a survivor of an invisible war. As Salinger‘s Holden Caulfield became a source of expression for countless young people unable to find a place in the world, so One Story stands for every survivor, of war or of inner struggles.

The return of the hero

Survivors of their own life, Mauro and Silvano inevitably change after their hero’s journey. Like Frodo at the end of The Lord of the Rings, when they go back home they are completely different people. They echo many fictional characters, scarred by impervious lives, like Ferdinand from Journey to the End of the Night. Mauro outlived an actual war, spending time in the trenches and seeing his friends dying in front of him. Silvano keeps on fighting an inner battle with mental illness.

Both of them had to stop their own life, forced by external or internal events. They both suffer a trauma that makes it impossible to come back to their previous life. Mauro’s war was external, though, and so perceivable. While Silvano’s fight can’t be seen by other people, making it much more difficult to understand. Both conditions left scars that will remain until death and hindered the return to their previous life.

One story and the many graphic styles of Gipi

Illustrations and narrative diverge from Gipi’s previous comics: there’s no clear meaning and everything is left to the reader’s interpretation. The core of the story are the wide panels, recalling Hugo Pratt‘s Corto Maltese, much more than the dialogues. However, for One Story Gipi uses multiple graphic styles, any of them to express a different atmosphere and mental state.

The use of discordant and disjointed writing styles mirrors men’s suffering in front of an illogical world. Gipi interchanges warm watercolors for the present world with essential lines for the mental hospital and dark shades for the past. Landscapes acquire a dreamlike atmosphere, where colors melt and there is no clear line between land and sky. Only a lone tree unifies different places and times, appearing from time to time in the middle of trenches or desolated lands. Faces are extremely detailed and meaningful, charged with fear and sadness. Far from realism, the author recreates the same alienated feeling as The Scream by Munch. So as it happened with Expressionist artists, with Gipi’s drawings art becomes a scream of pain.

The lack of univocal interpretation pushes the reader to read the novel again and again. An eternal return to Stefano and Mauro’s story, to find an explanation for a world that changes together with its inhabitants. 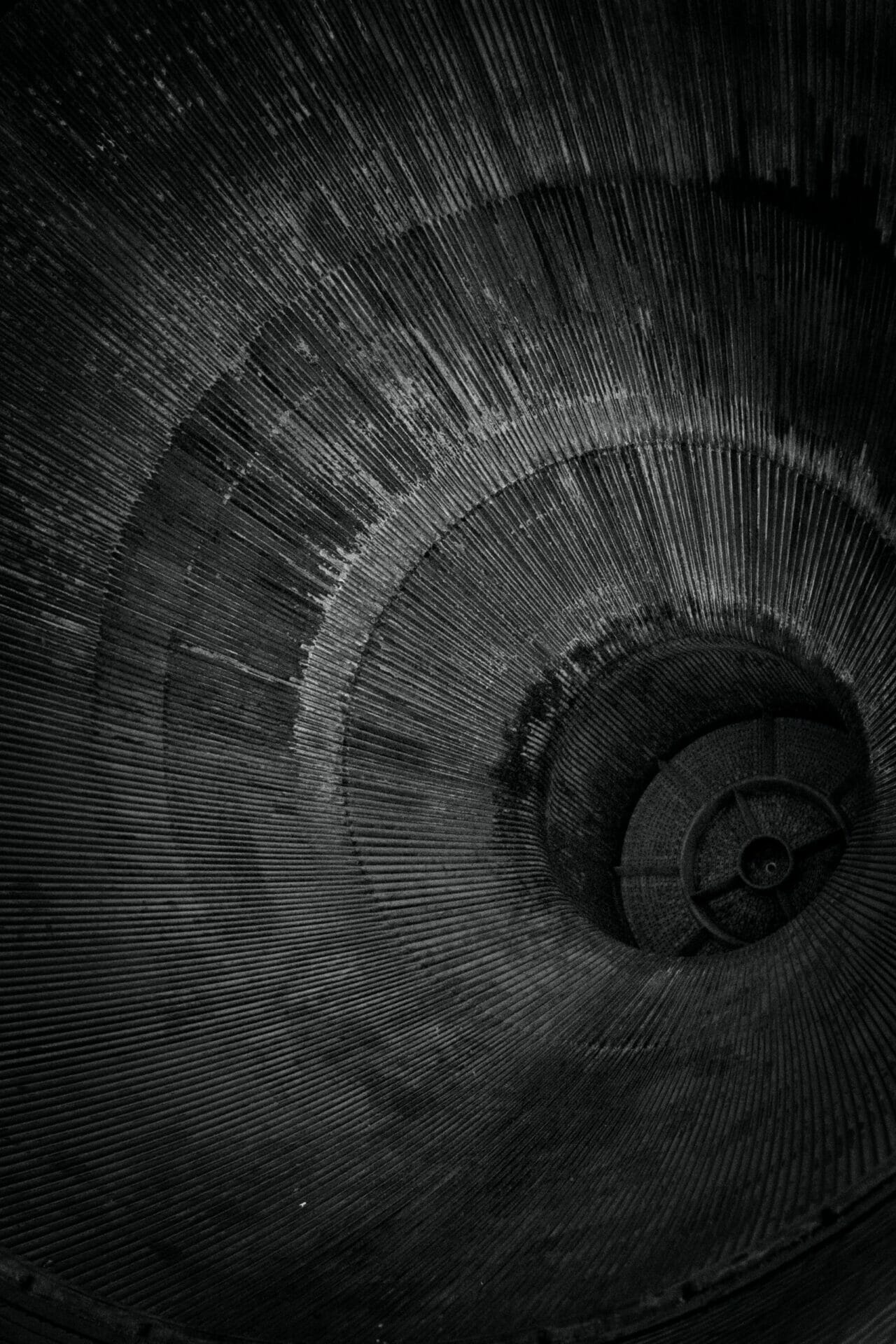