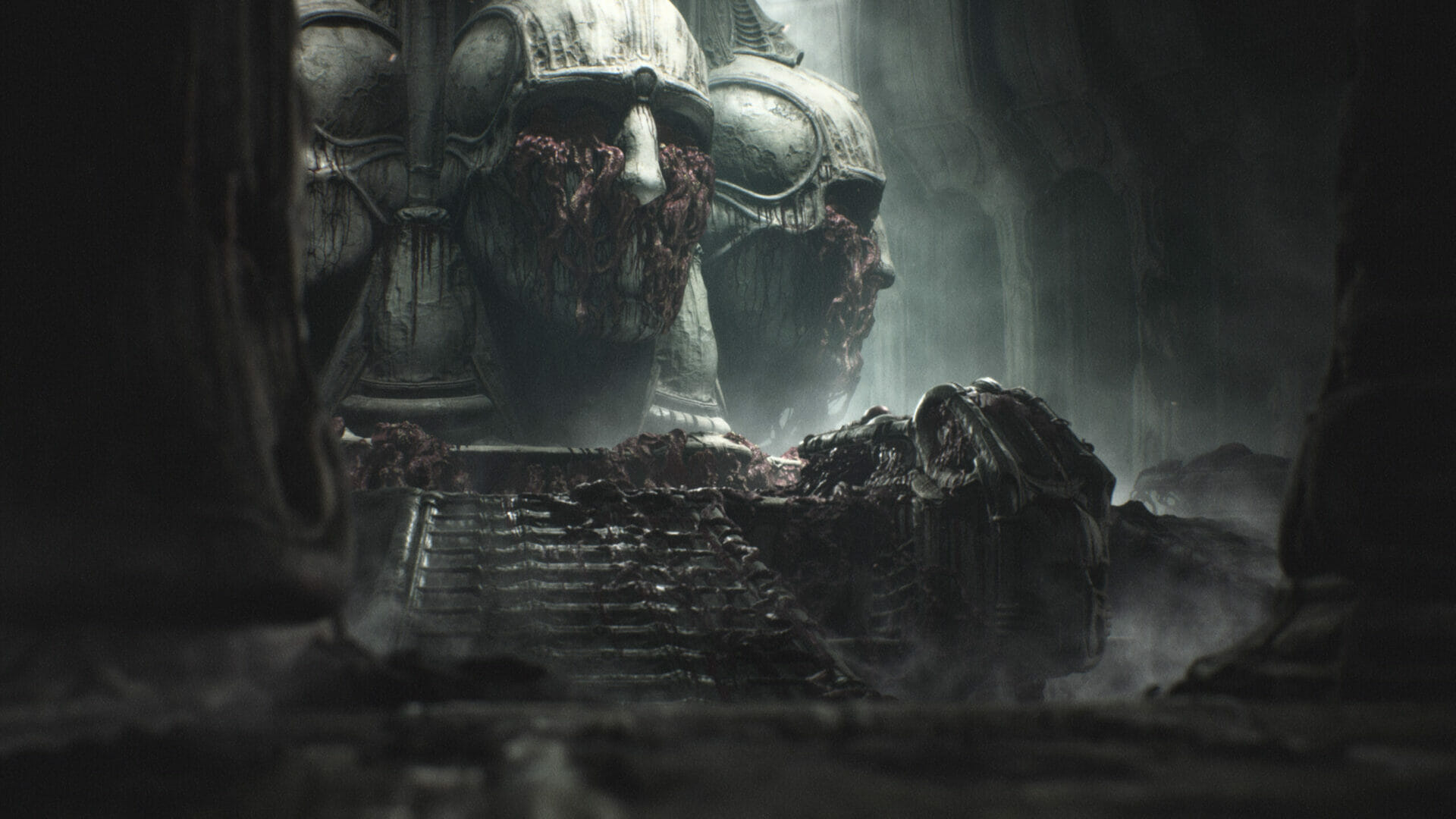 Scorn | A Giger Journey of Life and Death

Falling from a womb anchored to a biomechanical shield wall, the protagonist enters Scorn, a world inspired by the Swiss artist H.R Giger, whose composite images of machines and humans became known as ‘biomechanicals.’ The artist, who died in 2014, was also part of the Academy Award-winning design team that scooped an Oscar for their part in the making of Ridley Scott’s 1979 classic, Alien. Scorn is a world made of flesh and bones, surrounded by fossilized remains of other humanoids. In a desolate expanse filled with derelict buildings, players navigate a forgotten factory in a quest to explore existence itself. Balancing between creating and destroying life to achieve their goals, players will stumble forward in a final struggle against death.

With the feeling of “being thrown into the world” in mind, the Serb outfit Ebb Software built Scorn‘s world as imbued with untold mystery. In the steps of Giger and the Polish dystopian surrealist painter Zdzisław Beksiński, Scorn perfectly fuses technology and biology. In fact, death and life are two eternally present constants, both sacred and commodified.
The horror environment is a character unto itself. Giger’s Ribcage corridors connect ancient production lines, manufacturing creatures like tools. Gigantic skeletal buildings, inspired by Beksiński, loom on the horizon, painting a landscape of melancholy and decay. Moreover, much like Giant Sparrow‘s What Remains of Edith Finch, environmental storytelling informs players of much of the history of the place. Indeed, something terrible has happened here, but players missed it. The world is on its last breath. All alone, players reawaken derelict devices and repair old bio-machinery. Violence is ever present, from fighting aggressive creatures to mandatory mutilation in the factory’s hellish machines. Ultimately, like life itself, players don’t know where they’re going or why. They’re fighting against voidness itself, in a futile rage against the dying of the light. [cit. Dylan Thomas]

The flirt between Life and Death

Scorn closely follows Sigmund Freud‘s life and death drives. Like in Marvel‘s Thanos, life and death are connected, two aspects of the same impulse. Scorn’s world is a mechanical one. For example, various creatures encountered by the players are manufactured, biological devices to be used and then discarded. Beings born with the sole purpose of death. Even the protagonist is frequently maimed, often voluntarily, to forge on. Deformed entities, born out of the remains of the crumbled society, have inherited this dying world, spreading corruption and breaking old structures both literally and figuratively.

And yet, this is not a world that hates life. Espousing Giger’s fascination with sex and mechanisms, Scorn is also fascinated by it. In fact, Scorn uses the Romantic sublime to explore carnal pleasure and reproduction. A massive temple celebrates sexual intercourse and birth. Statues of biomechanical men and women unite in consensual passion. Sex and birth may be ways to ascend to a higher plane of existence, following a strange ritual of body mutilation and conscience transfer. Spiritual love and biological mechanisms blur together. Death then becomes a necessary step, rebirth following it.

Life is an unsolved Mystery

Like in 2001 A Space Odyssey, Scorn’s main character finds ancient alien devices and uses them to embark on an existential trip. Moreover, like Kubrick’s sci-fi masterpiece, events and meanings are sure to leave its consumers thinking. Players are encouraged to craft their own messages out of the game. The dichotomy of life and death, an organic factory manufacturing creatures to kill them. An ascension ritual celebrating sex and life, using death as fuel. An entire world dedicated to rebirth, now on death’s bed. Ebb Software extensively used the idea of “unexplained” for Scorn. Even during development, the game was created avoiding common tropes and clear ideas, venturing into the unknown to craft a unique experience to leave players impressed.

Gathering much interest and hype based on the setting and aesthetics, Ebb Software’s first game is a conflicted title. With the game itself being a first-person survival with puzzles and light combat, some players felt frustrated at the overall short experience, others consider it an underrated gem mainly thanks to the tone. Like the dichotomy of the game, Scorn polarised online groups. 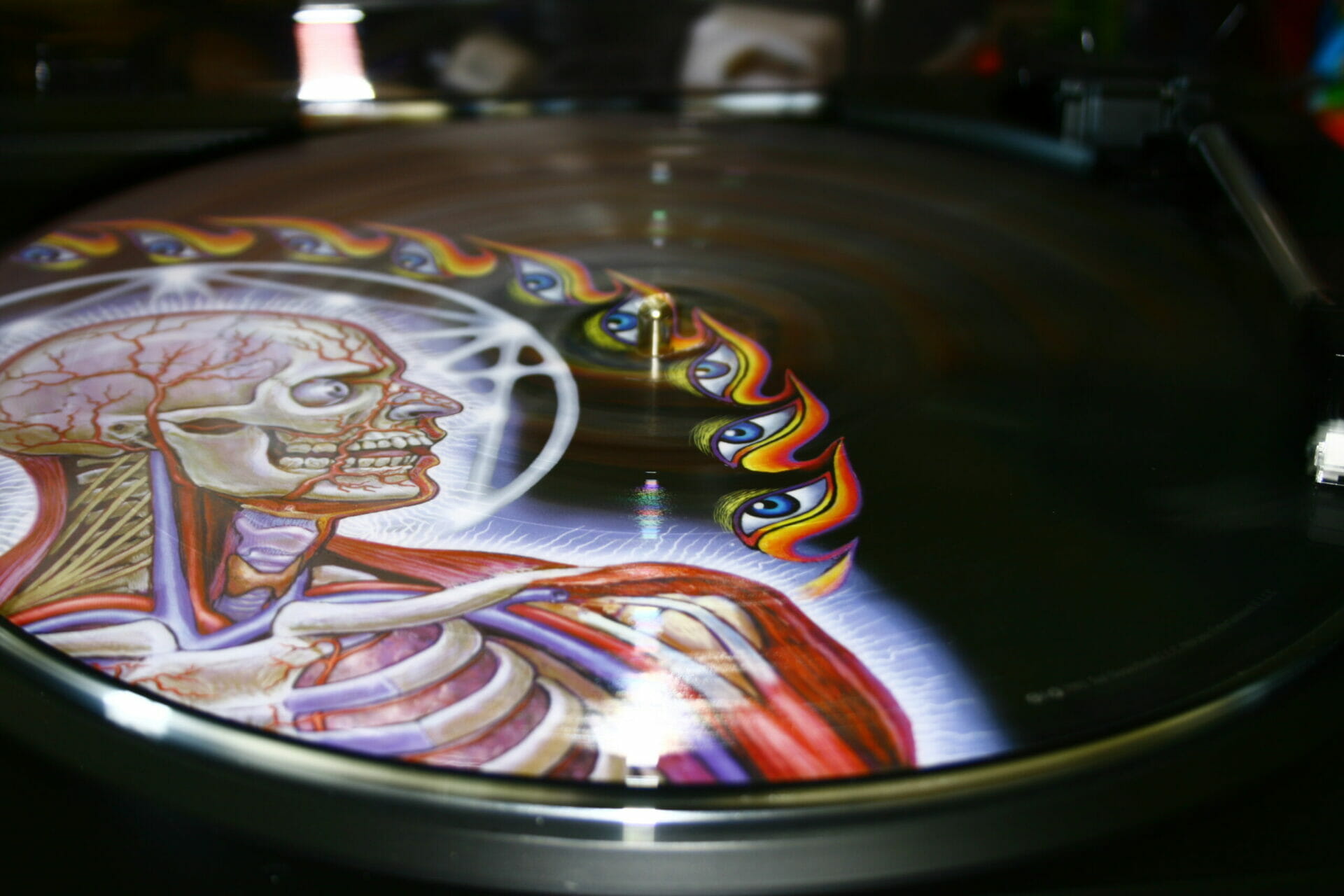