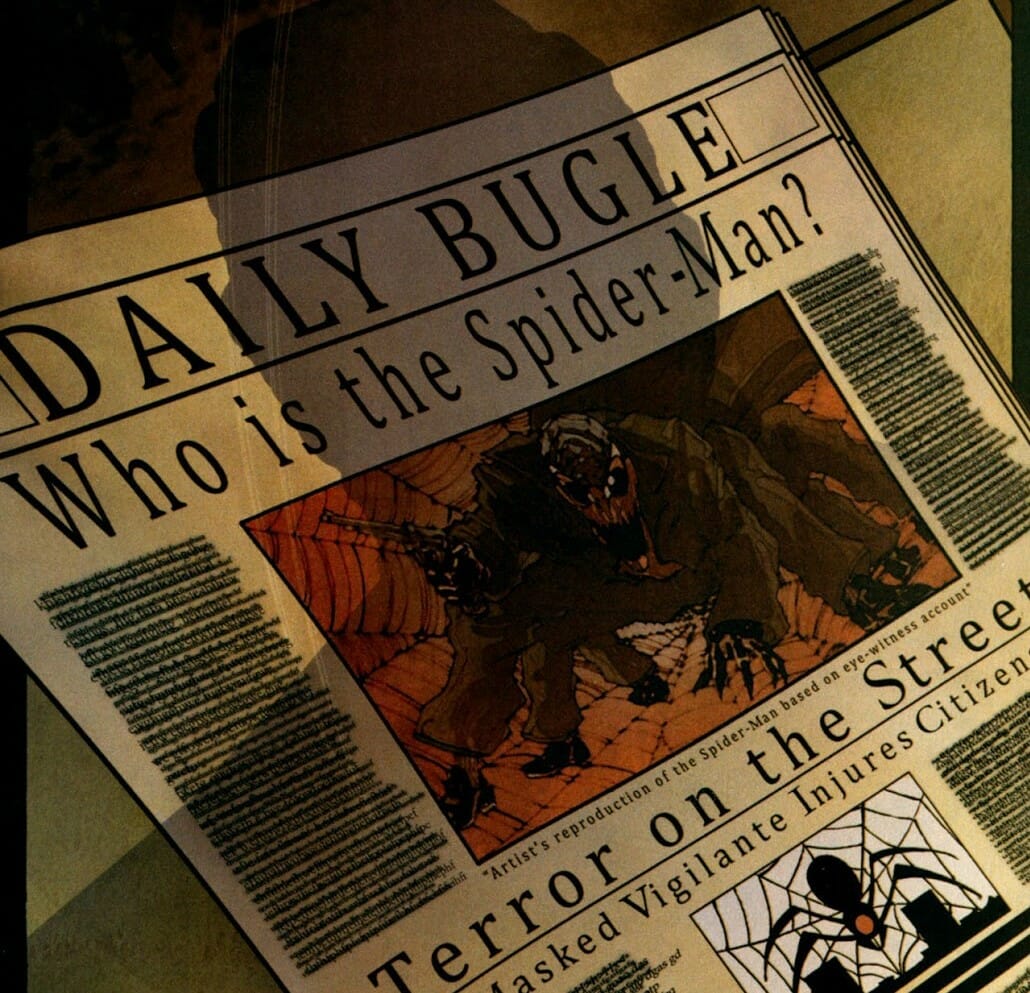 The comic Spider-Man Noir shows what would happen if Peter Parker, the famous Spider-Man, had belonged to the 1930s. The peculiarity of Spider-Man Noir is the focus on politics. Despite the political nuances often present within Marvel comics, Spider-Man Noir looks directly into the social dynamics and the shortcomings of the state towards the population. Issues that, from the 1930s to the present time, are always topical, especially in the American context.

Spider-Man Noir is part of the series Marvel Noir. Published between 2009 and 2010 by Marvel Comics, it sees the presence in the same way of other famous figures to the public, such as, for example, Iron Man, Wolverine, or Daredevil.

The world of the oppressed

Besides Peter, there are other characters from the Spider-Man comic world. Osborn aka the Goblin, who here possesses the political power of the city as a mafia boss, and his henchmen. They are freaks, former circus attractions treated as outcasts. David Lynch‘s The Elephant Man showed us that the marginalized ones acquire dignity if treated in a human way. When this doesn’t happen, though, the oppressed can turn into danger, as in the case of Spider-Man Noir villains. They treat others as they’ve always been treated themselves.

Society, therefore, is once again one of the causes of the moral descent of its members. For example, when Urich tries to open Peter’s eyes taking him to the speakeasy of the femme fatale Felicia Hardy, he shows him society as it really is. A bunch of corrupt people who only think about their own interests, starting with the police up to the mayor. This is shown in a scene that’s reminiscent of another one in Batman Begins which has the same explanatory goal.

Society during the Great Depression

The story setting is the 1930s and it is rooted in socio-political issues. Thus, it of course tackles the issues of the Great Depression. There is no work, many people have lost their homes and feel abandoned by the state. May Parker, Peter’s aunt, is an activist who tries to help the homeless and unemployed. But she also tries to spread among them the idea that society should not neglect any of them: “If those in power can’t be trusted, it’s the responsibility of the people to remove them”.

Spider-Man becomes a more political character too. This Peter Parker is not as likable as his original counterpart. He is annoying, impetuous, and often tends to complain. However, like the original Spider-Man, Peter’s a guy who starts from the bottom, without delusions of grandeur. In Spider-Man Noir this turns into a Peter who becomes a man of the people and a socialist idealist.

Peter fights directly against society and the government, which has no qualms about acting like one of the many criminals. Maybe Parker is too anchored to ideals and needs to stop thinking that violence can only be answered with more violence (here he is not the nice guy created by Stan Lee and Steve Ditko). However, he is always the one good at adapting and capable of finding the solution more in line with his ideals. Because nobody must ever forget who they really are.

The writer David Hine tries to mislead the reader by presenting Ben Urich as the protagonist, instead of Peter Parker. The pages show his thoughts and torment, with an ambiguous nuance on what is best to do. Follow the ideals or come to terms with what life really is? Urich gives in to practicality (and will pay for it), while Peter does not abandon his belief.

Such a world is typically noir. But, moving forward in the narrative, Hine decides to rely on magic to make Peter Parker Spider-Man: in an Indiana Jones-style sequence, Peter comes into contact with an ancient and exotic artifact that transmits the power of the “Spider God”. A gimmick to replace the canonical genetically engineered spider, but that also turns the genre into something more hybrid. It detaches itself from the original comics and, however, cannot be qualified as a fantasy or superhero genre.

The visuals by Carmine di Giandomenico are maybe too sharp and clean to fully convey the dark atmosphere of the comics. Nevertheless, he came up with very fitting ideas talking about the character’s design. First of all, the convincing noir version of the Spider-Man costume. The leather coat, the googles, the revolver outline a different character, without losing the original concept, though. However, he probably gave his best in drawing the villains. They recall how they looked in the 1960s, but with unattractive characteristics. One of the most successful is certainly the Vulture, which closely resembles Nosferatu, a character that certainly refers to the horror movie visuals of that period.

Although other characters could seem more suitable for a noir version, like Daredevil or Luke Cage, Spider-Man is among the noir comics readers loved the most, leading to several sequels. More than others, Spider-Man has always had different versions from different times, such as Spider-Man 2099 or Miles Morales. This characteristic comes up also in the recent Sony feature movie Spider-Man: Into the Spider-Verse, winner of the Academy Award and the Golden Globe for Best Animated Feature in 2019.

The success of the movie then led, in 2020, to the printing of further comics dedicated to Spider-Man Noir, written by Margaret Stohl and drawn and colored by Juan Ferreyra, in which the character, now an adult, has become a private detective.

The character of Spider-Man Noir despite the sequels and the other stories in which he is the protagonist maintains the characteristics with which he was born. He’s still a hard-boiled guy who fights against villains and society as well, in the hope that it will no longer leave behind the most unfortunate people. After all, he is a socialist superhero during the Great Depression. 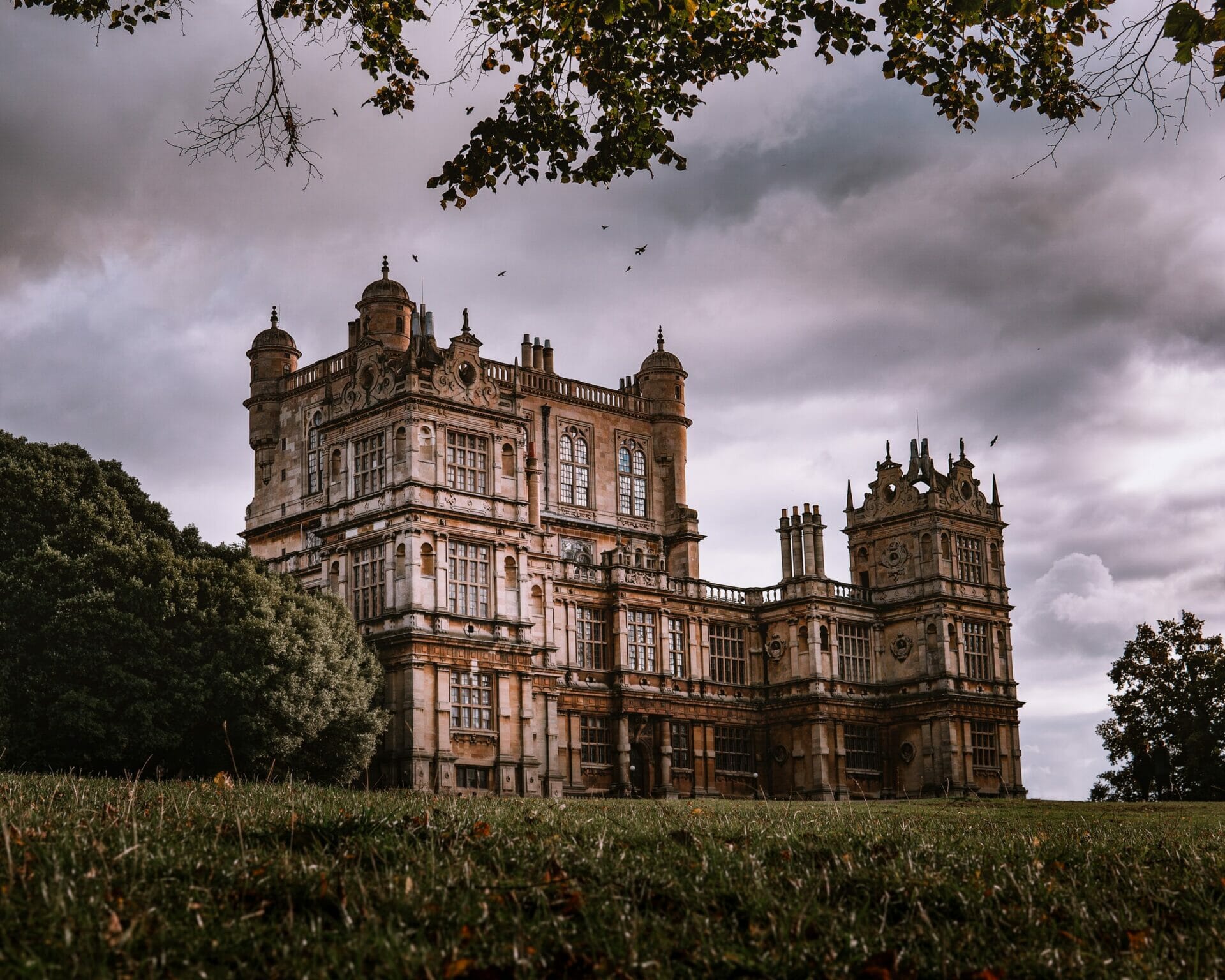