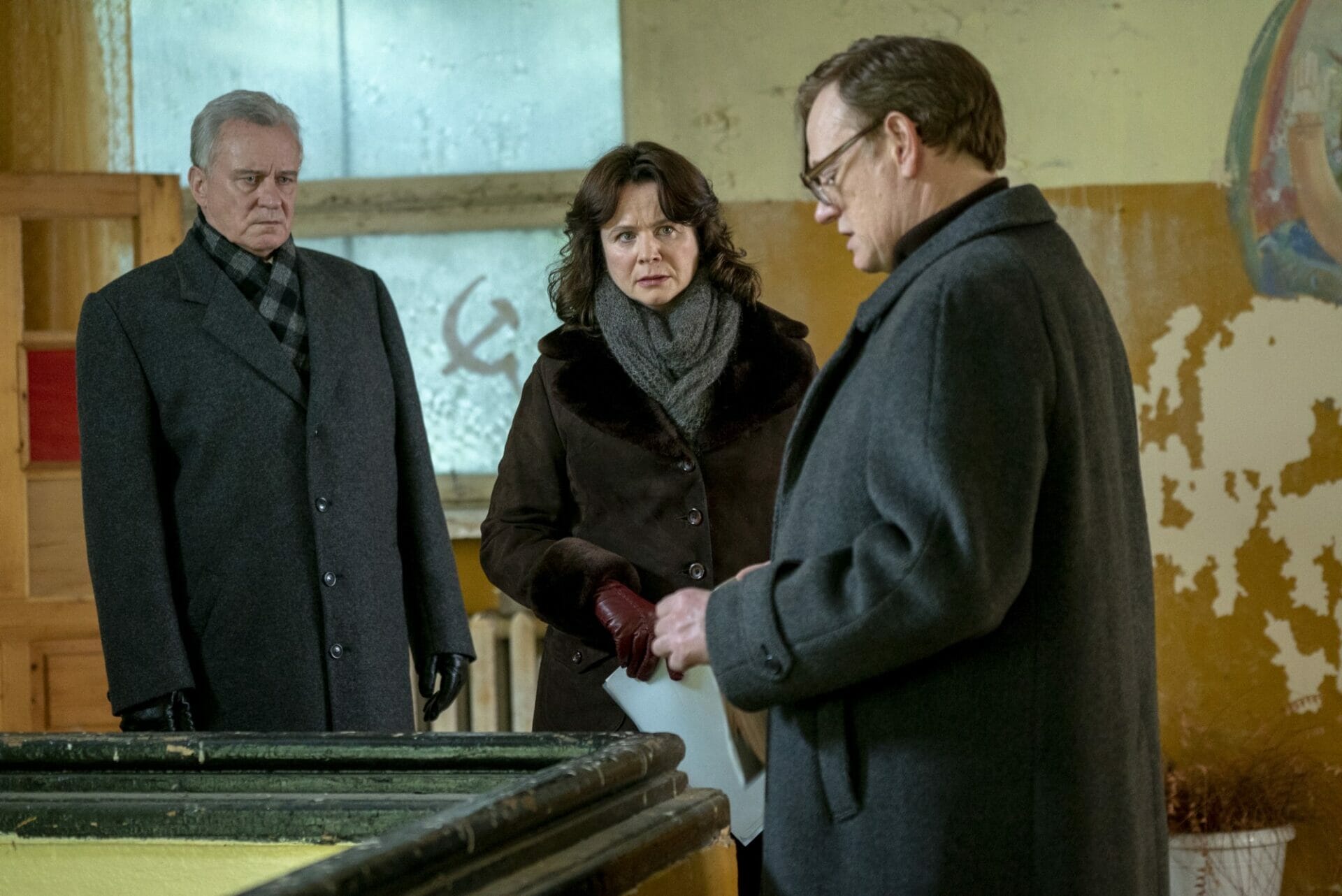 The word disaster comes from Latin and Italian, with the prefix dis-, used as a pejorative, and the noun Astro, meaning star. It literally means ‘ill-starred’ or an ‘unlucky star,’ something connected to fate and destiny, which later evolved into a more general ‘sudden accident or natural catastrophe.’ The events that took place on April 26, 1986, at the Chernobyl Nuclear Plant, near Pripyat (northern Ukrainian USSR), are a perfect example of a human-made disaster in history.

When Craig Mazin – the creator of the miniseries Chernobyl, produced by HBO and Sky Atlantic in 2019 – recalls writing it and asking himself why did such a thing happened, he admits: “The answer is that the truth is more shocking than the actual explosion itself.” This five hours long TV Show is a recount of that explosion and the people who foresaw it, dealt with it, and then gave their lives to prevent another one from happening.

A lot of interviews and research inspired Mazin’s writing, as well as the book Voices from Chernobyl, written in 1997 by the Nobel Prize writer Svetlana Alexievich. The series is a very good example of consistent storytelling: events, causes, and science find their balance with the human cost of such a tragedy. Critics found some errors of interpretation and factual accuracy, but largely the series stands as a realistic testament to what happened.

However, Mazin isn’t heavy-handed or uselessly spectacular on the subject matter, because this is a story where the drama is dramatic enough. The story almost tells itself, painfully, horrifically and in a compulsively watchable way. It begins with a mistake, it evolves into a cover-up by the Soviet Union and ends with some fifty people initially dead, many more hospitalized, thousands more evacuated and a prediction by the Chernobyl Forum that the area will remain radioactive for centuries.

A reflection on human-made crisis

We experience it all on-screen through three main characters: Valery Legasov (Jared Harris), a chemist and member of the Academy of Science of the URSS, Boris Shcherbina (Stellan Skarsgård), a Soviet vice-chairman of the Council of Ministers, and Ulana Khomyuk (Emily Watson) a fictional nuclear physicist based on the many scientists who investigated the accident. Simple heroism and integrity drive their actions. Their combination forces us to see the contradiction behind the word we use to define Chernobyl as a disaster: it wasn’t a natural catastrophe, it was human-made – therefore, it could be avoided.

This gruesome, hard to watch but honest HBO series is something far away from the scandals of Game of Thrones and the reassuring female alliance of Big Little Lies, somehow closer to the deep sorrow of the most recent I Know This Much is True. Nonetheless, four of its episodes attracted a million or more viewers and benefitted from parallels that resonate with some recent topics like political conditions and the climate change crisis.

It won 10 Emmy Awards, 2 Golden Globes, and 1 Grammy in 2019. It says much that one of Russia’s communist political parties asked to ban the series, calling it “disgusting,” portraying the former Soviet Union in a negative and inaccurate light.