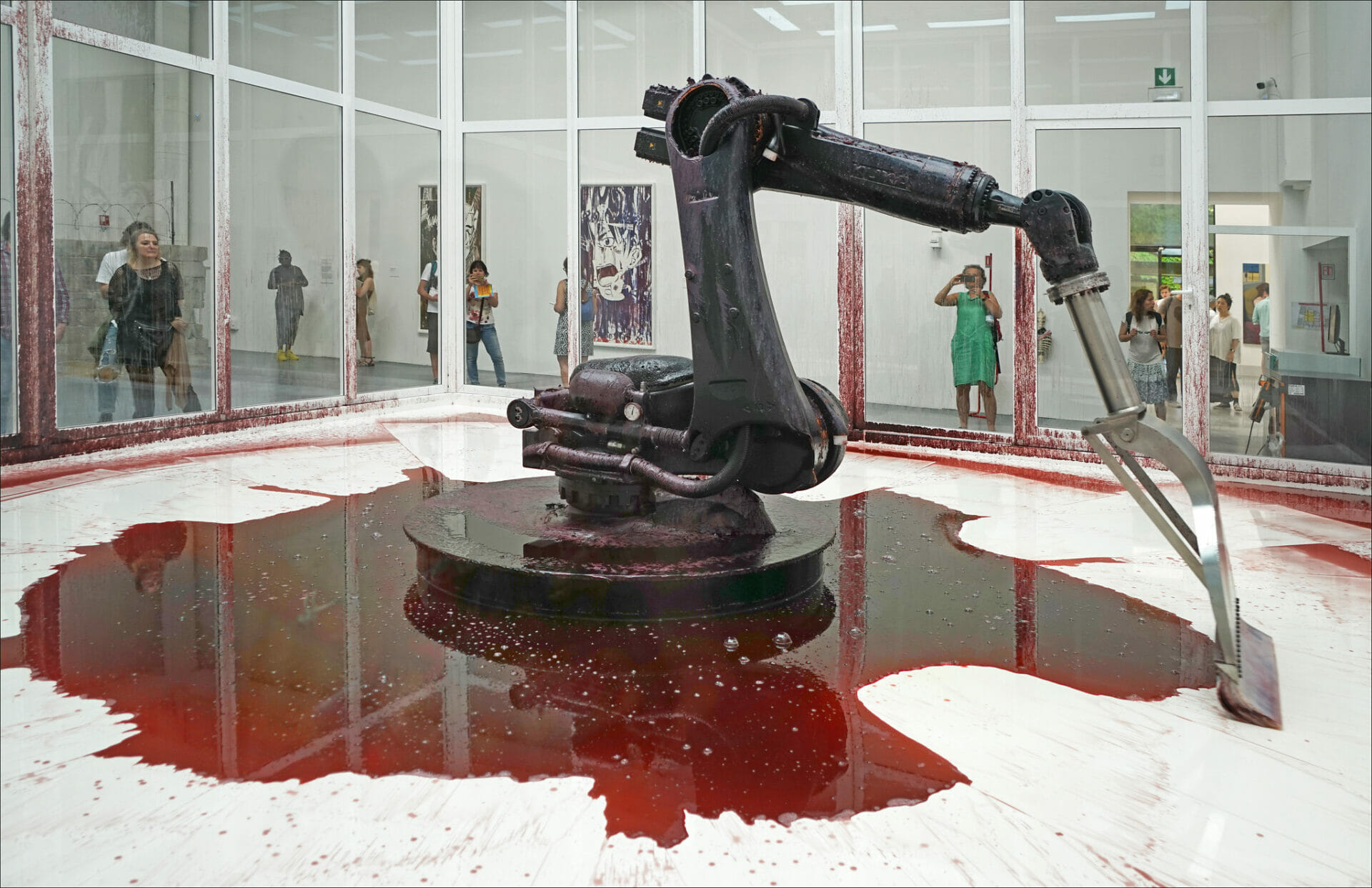 Watching Can't Help Myself is like looking at a caged animal

The artwork Can’t Help Myself, by Chinese artists Sun Yuan & Peng Yu, is a machine inside of a glass cubicle, illuminated brightly from the ceiling by TL-lights. The machine consists of a robotic arm of the kind that is often used in production lines such as car factories. But this specifically modified arm has only one task: to sweep the liquid, which is dark red and looks like blood, in a perfect circle.

It is a Sisyphean task because the liquid keeps flowing back. The machine works endlessly on a task that is never finished. This feeling of endless labor is enlarged with the surrounding. The robot is locked inside a cubicle that has elements of an office, or perhaps the working space of a customs officer. There is no door in the cubicle, no way to get out.

The impossibility of the task is interrupted every now and then by a combination of 32 dance moves, that immediately give the robot a scarily human character. The robotic arm doesn’t just work – can’t help myself, as the title says – but interrupts its labor by shaking its ass, waving at visitors, performing a ‘twist,’ ‘scratch an itch,’ ‘bow and shake,’ ‘jazz-hands’ or a pirouette. Many of the pre-programmed dance moves are familiar looking. They immediately change the character of the robotic arm into something almost human. It has become a true Sisyphus, taking a dance break from his endless labor.

Above the cubicle are visual-recognition sensors that measure if the liquid gets close to a perfect circle and also if visitors are around. In either one of those cases, the robot starts performing, dancing, moving, and waving around, whereby it clearly interacts with the visitor.

Watching Can’t Help Myself is like looking at a caged animal, and visitors interact with it as such. The work has a darkly humorous side. But however much you dance and shake along with it, the giant pool of blood cannot be unseen. 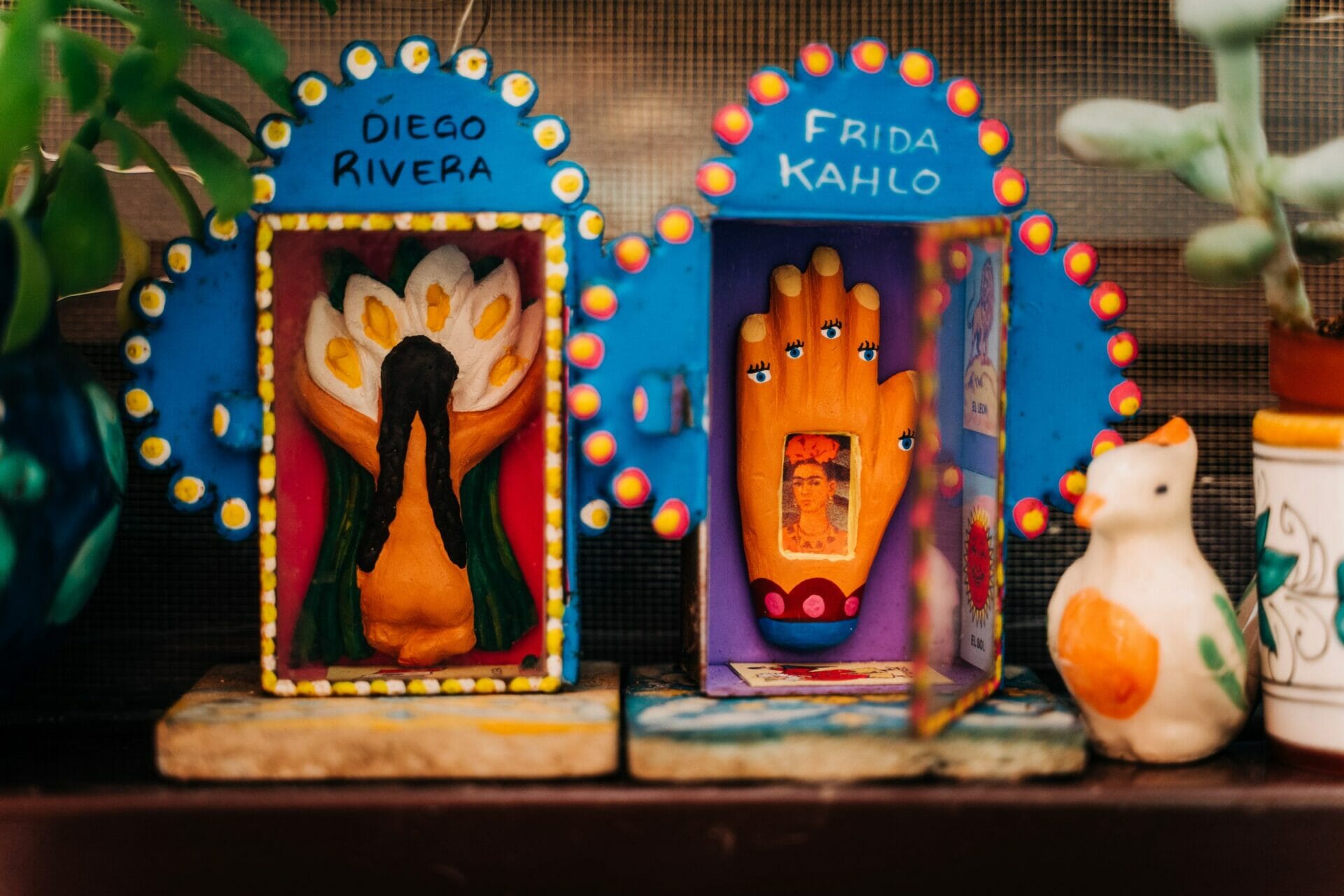