Fest – Reframing Nature is the first Italian Festival entirely dedicated to television series which are streamed. It is an event in collaboration with Triennale Milano, with the support of the Office of the European Parliament in Milan and the patronage of APA – the Association of Audiovisual Producers.

It’s a three-day meeting gathering together many influential professionals of television, in order to discuss their take on recent topics concerning Tv Serials and their influence on Italian society. The public can preview a European and national screenings schedule that will then be available on major television broadcasters and digital platforms. Divided into three stages and many dedicated areas, people can attend panels with different guests and formats, participate in dialogues with the protagonists of the Italian audiovisual industry, and attend masterclasses, through an alternation of meetings and activities.

The fourth edition of this festival took place between 23th to 25th of September, with Marina Pierri as the Art Director, and Hypercritic was there.

The theme of the 2022 edition of FEST is Reframing Nature. The spotlight is on the meanings attributed to the word ‘nature’ and its representation in stories for television. In particular, nature was discussed thoroughly in the panel Perdersi in mondi infiniti: videogiochi e open world (Getting lost in endless worlds: video games and open worlds). The discussion was on the world of video games that are increasingly large and detailed. The ‘open world’ now allows the players to immerse themselves in seemingly borderless areas, where each one is accurately characterized to return a precise meaning.

The same thing appears to be happening in TV series, where views are increasingly an integral part of the stories being told. The question was, what does this transformation look like? Lorenzo Fantoni, journalist and writer, moderated Virginia Gambatesa, Davide Mancini, Jessica Giorgia Senesi, and Giulia Trincardi, representatives of the Video Games world in Italy, to talk about these new immersive experiences, and how they became receptacles for all sorts of stories. The guests also told how these immense maps, as one might say, are a result of simple creativity.

In the discussion, the guests, as examples of well-made products, put titles such as Assassin’s Creed or GTA, and places like Night City (Cyberpunk 2077 map).

One of the funniest panels was the one about Italian meme culture. The hilarity of some memes about TV series and Italian culture may seem a limited field, but there’s more to it than meets the eye. Four Italian industry insiders were on the main stage to bring a few memes of their own creation and discuss with the moderator, actress Giada Arena.

Giulio Armeni, creator of Filosofia Coatta, talked about how his hilarious posts about Italian politics are a way of reflecting reality but with humor. Isabella Premutico, with her page Il Merdoscopo, has brought many young people, who did not believe in horoscopes, into astrology. Paolo Danzi, Sapore di Male explained how his memes inspire a sense of belonging and nostalgia for the past in the viewer, in the same way as many TV shows do.

More connected to the world of the television show is Francesco Guarnori, Remake all’italiana, which ironizes the Italian TV scene by creating fake remakes of famous TV shows, but in an Italian key, with Italian actors and embarrassing titles.

Everyone, in the end, agreed that most humor online does not have to be polarizing. There will always be those for whom it is, but for most people with a reasonable sense of humour, even if a certain argument is opposite to your beliefs, if it’s in a humorous vein, it comes smoothly. That is the underestimated power of memes.

Reframing fear and the bad guys

Lupi, vampire e fantasmi (Wolves, vampires and ghosts) was an in-depth panel moderated by the Art Director Marina Pierri with Giulia Paganelli (anthropologist and historian), Marco Peano (writer), Matteo Trevisani (writer), about wolves, vampires and ghosts. Magical, mythological creatures, protagonists of our dreams as well as of our nightmares, and always at the center of many stories. The question was – how are these told in the context of television series? How do they relate to our conception of normality and nature, and what social fears do they conceal?

The guests talked about how, through history, the body in its deviations and distances from the norm became an object of the fantastic. Biological bodies become models and cognitive bodies, as the mermaid -everyone has the image of it in mind but in reality, it does not exist. The same with wolves, which are always associated with the fear of changing, body and soul. Titles like Wolf Like Me, What We Do in the Shadows and True Blood were quoted as quality products of this imaginary existence.

Just before the end of the Sunday event, there took place an interesting panel called Addio Vecna: incontro con Nora Felder (Goodbye Vecna: meeting Nora Felder) in which, thanks to the partnership with Operà Music, a special guest appeared on the Main Stage. This was Nora Felder, music supervisor for Stranger Things, and an Emmy winner.

She described her job, as a music supervisor, selecting and supervising music themes for television series. How does the process of choosing the perfect song for a scene happen, and what makes certain soundtracks iconic? And above all: what was it like selecting the music to Stranger Things, one of the most successful series of recent years? She explained her role day by day, and how varied it is.

Professionally busy, she took time to describe the difference between choosing music for movies and TV shows. Then she told the audience how exciting it was to find the perfect song for one scene in Stranger Things, Running Up That Hill by Kate Bush.

At the end of the Sunday there was The Serial Awards, dedicated to Italian TV series. This was the second occasion in 2022, with Aurora Leone and Edoardo Ferrario as hosts. Fourteen Serial Awards were voted by a large jury – chaired by the artistic director of Fest, Marina Pierri and made up of experienced people and representatives of the sector – that in recent months has evaluated and analyzed the Italian TV series that were in competition.

The most awards went to Strappare Lungo I Bordi (produced in collaboration with Bao Publishing and Netflix) and Bang Bang Baby (Prime Video Series produced for Amazon Studios). Strappare Lungo I Bordi won the Scripted Series Award of the Year, and the Best Award for Supporting Actor went to Valerio Mastandrea (Armadillo). To Michele Rech (Zerocalcare) went the Director Awards and the Writer’s Room Award.

Francesco Serpico won The Cattiveria Award for the character Nino Sarratore in L’Amica Geniale 3, the series based upon the bestsellers of Elena Ferrante. It also won The Protagonist Award, thanks to Gaia Girace and Margherita Mazzucco for their performances as Lila and Lenù. Other prizes went to Gomorra, Blocco 181, Il Dito Di Dio, Una Pezza di Lundini e Una Squadra.

The festival was three days not just of Italian culture – many screenwriters, artists, filmmakers and influencers spoke at length about TV, movies, music, and everything in between. 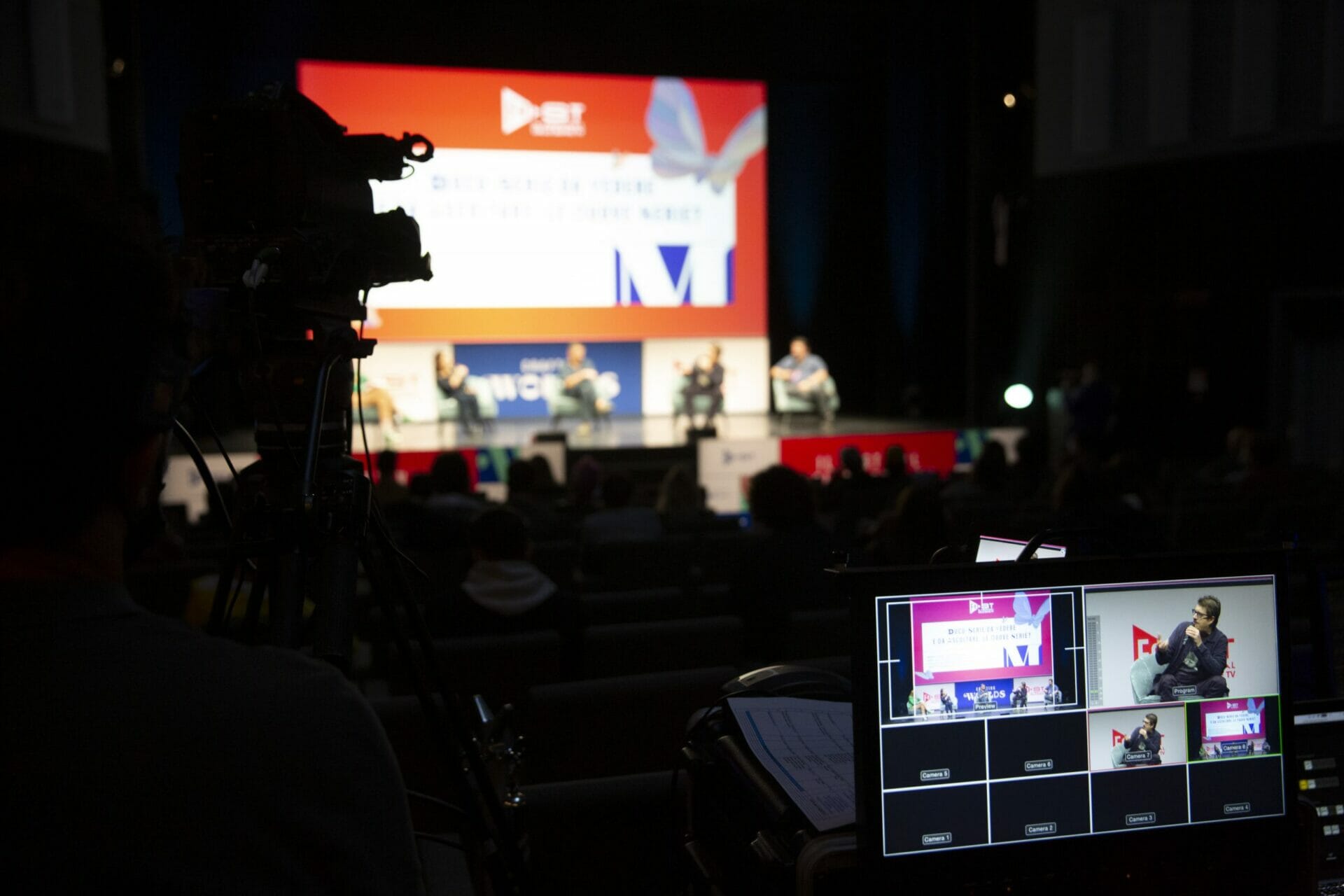 Crafting Worlds | The power of storytelling at Fest 2021

Crafting Worlds | The power of storytelling at Fest 2021