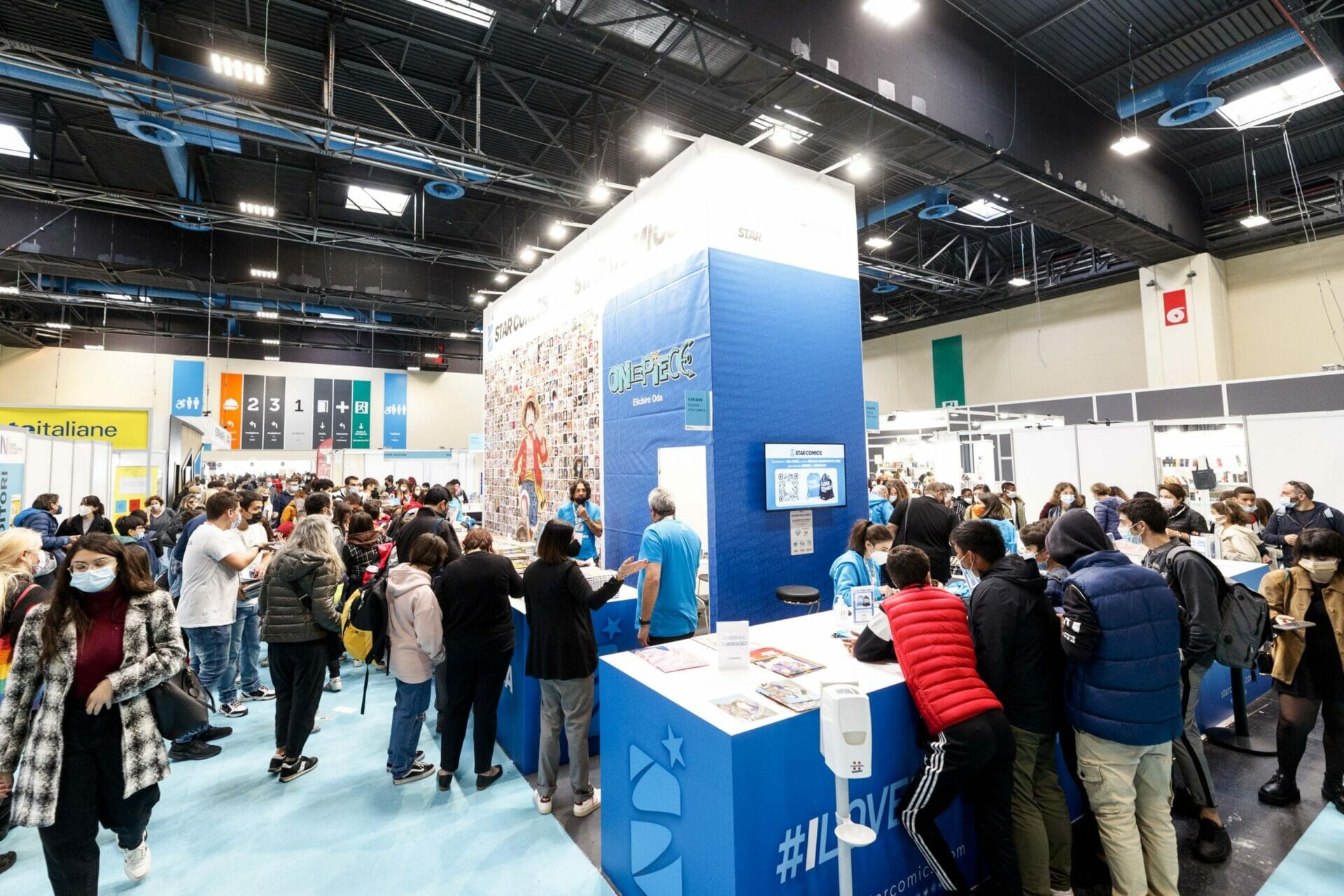 The sports enthusiasts had to experience Tokyo 2020 Olympic Games remotely, due to Covid-19 restrictions. It felt odd to not be present, to not share the same space with athletes from all over the world. Nonetheless, it managed to be a truly exciting edition, maybe more heartfelt than others. Moreover, it surprised everybody on the number of athletes who decided to homage Japanese culture through reference to manga and anime.

Combining the excitement for Tokyo 2020 and the interest in spokon works, the Turin International Book Fair hosted on the 16th of October an event about manga, anime and sport. It involved Cristian Posocco, Publishing Editor at Star Comics, Fabio Bartoli, author of several books about Japanese pop culture published by Tunué, and Luca Raffaelli, writer and journalist. They talked about the feature of Japanese manga and anime, the differences compared to western products and the impact Japanese culture had on the western one.

To have a better insight into the relationship between manga and sports, Hypercritic interviewed Cristian Posocco.

Star Comics published some of the most famous spokon manga ever. From the last decades of the XX century on, this genre partially wrote the history of Japanese comics. What’s the present situation of sports manga?

There are a lot of manga about sports even now. Manga are of course for all age groups, but they surely have a huge impact on boys and girls. So spokon manga are usually about the most popular sports among teenagers.  The majority of them focus on baseball, also because baseball is a metaphor for adolescence in Japanese culture.

However, also manga about soccer are rather widespread because it’s a sport that gets a lot of international consideration. Anyway, if we are to consider spokon manga in general, there are of course different nuances, different target groups. They go from true-to-life stories to others involving a social commentary or including fantasy features. It depends on what the reader is looking for.

Maybe a large amount of comics about sports is a consequence of how the Japanese comics market structure?

Making a comic book or series about a sport of course tends to focus on readers already interested in it. So you risk cutting out all the people who don’t care, let’s say, about boxing. Since the Japanese comics market is very big, it is easier to find readers passionate about any kind of sport. The relevant factor is that there are a lot of people reading manga. Thus, even works with a more specific audience manage to have solid numbers. For the same reason, comics artists tend to explore different genres and, in this case, sports.

But there is also another important aspect. Sports stories tells about challenging yourself, growing up, facing opponents. They are a solid competitor for shonen manga usually entailing adventurous and fantasy elements because they often share similar themes and address the same age groups.

I guess it is a rather different situation in Italy.

In Italy, until even ten years ago, there were still lots of bias about comics. They were either a reading for kids or teenagers or, on the opposite hand, sophisticated graphic novels which essentially weren’t considered as comics, even if they were and are one of its forms. Now things have changed, comics have a stronger cultural and economic validation, but it’s something that happened in the last few years.

Talking about spokon manga, of course here there are fewer people reading comics and manga, so it is harder to reach them using a more specific topic like sport. Usually, the most successful stories about sports have their core in a narration focusing on universal themes. Thus, the reader can easily relate to the characters and the plot, the sports features are not the only attraction. This explains the success of a manga like Haikyuu!!. It describes volleyball wonderfully, but at the same time displays solid characters and exciting relationships.

Sometimes it also happens that a manga can trigger an interest in a sport in people, especially teenagers?

Yes, it is what Haikyuu!! has done with volleyball, as Slam Dunk did it with basketball. When the reader gets touched by a good story, convincing characters, it’s easier that they will also grow interested in the sport the story is talking about.

Can we say that manga and anime wouldn’t have been the same without this huge amount of sports stories?

Sure, sports stories expressed features and styles that would not have existed without them or at least would have been very different. That being said, it is almost impossible to imagine manga and anime without sport and try to guess what would have happened. As they were growing, they included almost any genre and aspect of life, so they inevitably included sport. Moreover, sports stories soon showed their potential as they were fit to talk about different themes, atmospheres and topics.

How big is the audience of spokon readers in Italy and by whom is mainly made?

It is not very easy to answer, but considering the average reader of successful manga like Slam Dunk or Haikyuu!!, I would say most of them are teenagers and young people attending university, with a majority of female ones. Then there are of course exceptions, like Ashita no Joe (Rocky Joe it. edition, Ed.), with a steady and diverse flow of readers.