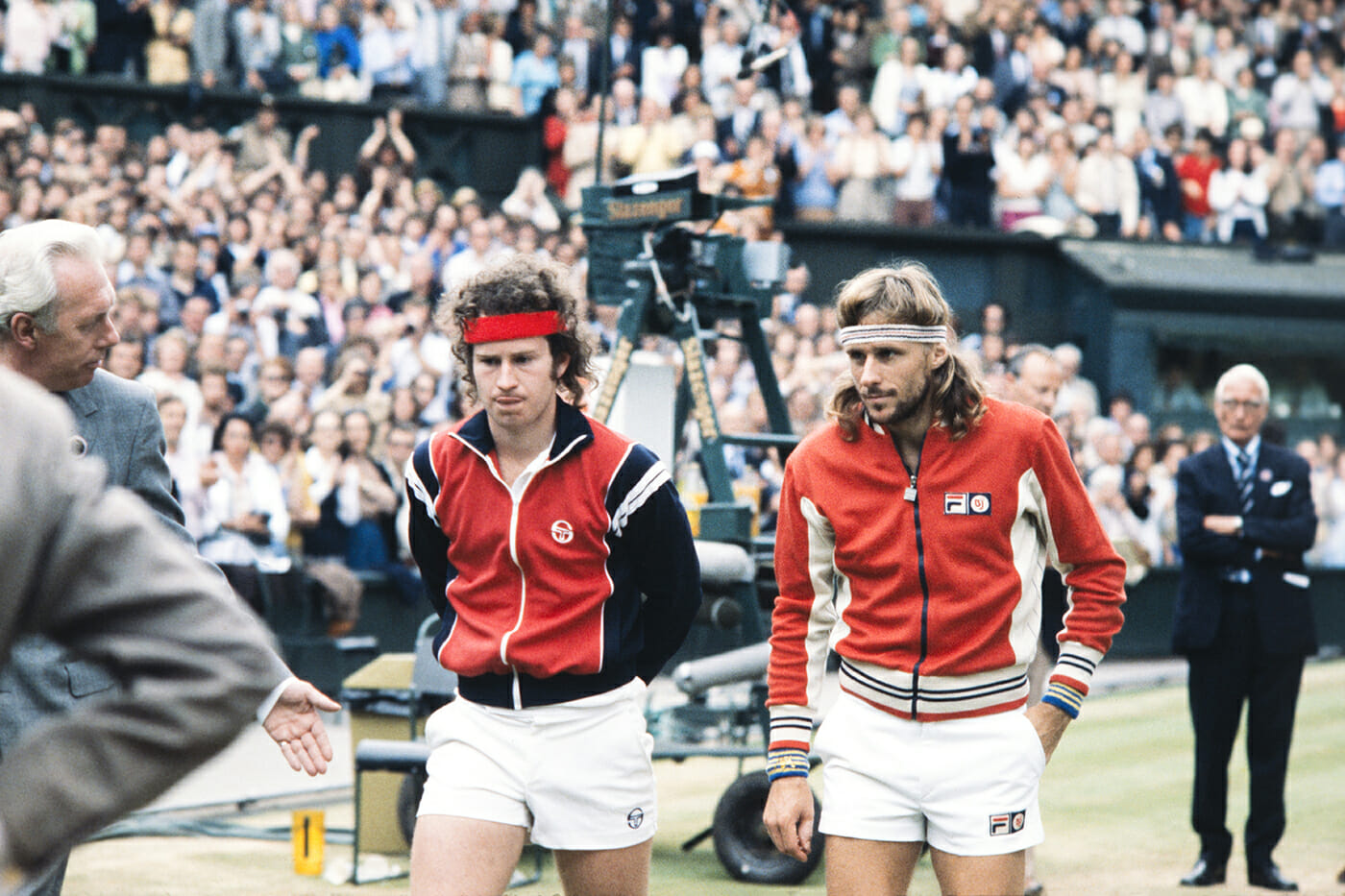 If you can meet with triumph and disaster and treat those two impostors just the same.

The essence of Wimbledon is written above the entrance of its Centre Court, borrowing the words of If—, a poem by Sir Rudyard Kipling dedicated to his son. Located in the southwest of London, Wimbledon is one of the Four Grand Slam’s events locations. It’s considered the temple of tennis, the last big tournament played on grass. A place where tradition and sportsmanship reign in an almost religious atmosphere. The same that was felt during the final match of the 1980 Wimbledon final.

A clash of styles

5th July 1980, Wimbledon. Björn Borg versus John McEnroe. It’s not just the most memorable final ever. Not just an emotionally devastating match, not just the most incredible tie-break in the Championships history. Borg against McEnroe is the challenge of two styles, two ways of being in the world, of thinking about it. Attacking or defending, sculpting in marble or painting on canvas. A clash of styles.

American with Irish origins and left-handed, McEnroe was 21 and fierce, extremely gifted and eager to attack the net with his accurate volley. McEnroe usually found his focus through violent outbursts of anger which inexplicably helped him to find the motivation to express his tennis.

The opposite of Borg, the Swedish bear, the Viking who showed the world a new way to play, hitting hard from the baseline. From hockey, Borg takes the idea of hitting the backhand with two hands, one of the first to do so, brushing the ball from the bottom up to give rotation. Two-handed backhand and top spin: the shots of modern tennis. Borg taught them to the world, with an icy temperament on the court that actually hid interior demons. And a lifestyle of cocaine and excess.

It was the clash of their styles that built one of the most epic rivalries of all time. Attack against defense, ice against fire, something almost touchable, that caught the spectator deeply, obliging him to take a stand for one or the other.

A rivalry embodied by that match. The 1980 Wimbledon final.

Wimbledon’s finals can often become something more than a simple match of tennis. It’s the atmosphere. It’s the weight of tradition. A pagan mass, even if the organization respects the day-off on Sundays. But when Borg and McEnroe walked onto the Centre Court on the day of the final, it was the consecration of a rivalry. Five sets of tension and breathtaking rallies, each player as a representation of a style of play, attack against defense, volley against passing shots, estrus versus consistency. And then that tie-break on the fourth set.

Borg-McEnroe is hope and illusion. Illusion, so that many people seem to remember that McEnroe won the game, after that epic tie-break. Hope, because, in the end, Borg won the war with his unbreakable will, 8-6 in the fifth set, but it was clear that both players would have had a place among the gods of tennis. Valhalla, I am coming.