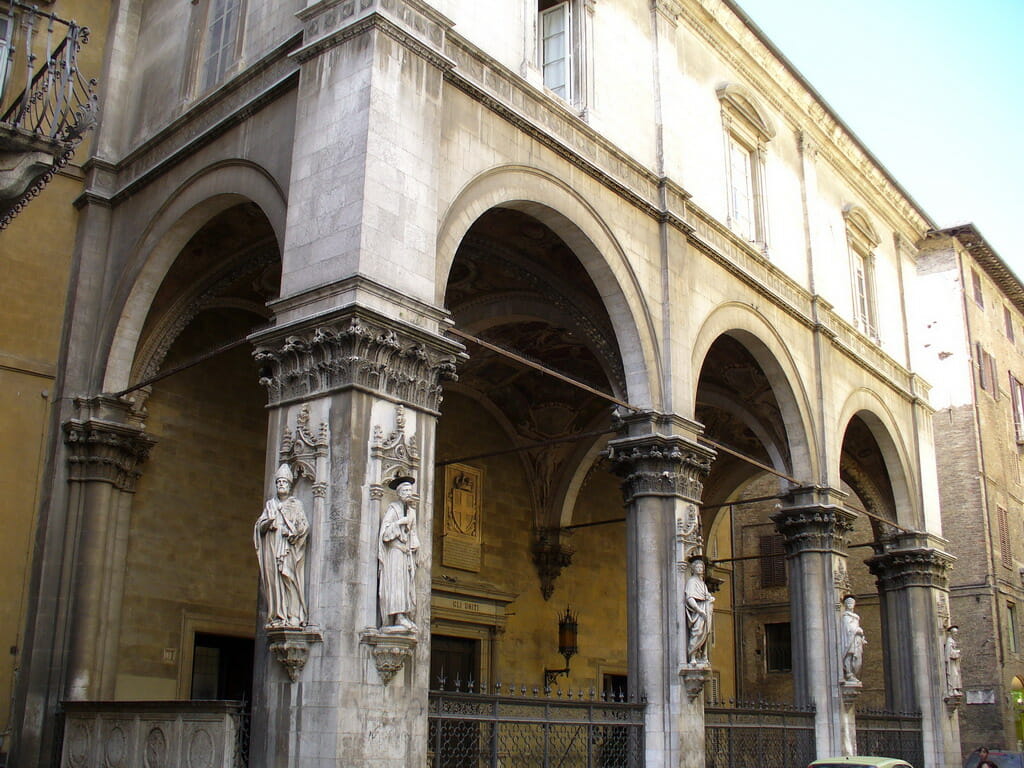 The Loggia della Mercanzia, the original home of Saint Peter and Saint Paul‘s sculptures, is nestled in the heart of Siena, at a crucial urban junction, and was concluded in 1445 to become the headquarters of the Arte della Mercanzia. This architecture, with its precious statues, was the city’s first example of fully three-dimensional sculptures, autonomous from the structure that held them: a characteristic of the Renaissance taste that would progressively and systematically impose itself in the art world.

The five statues on the pedestals (nowadays replaced with copies) are the work of Antonio Federighi (author specifically of Saint Savino, Saint Ansano, and Saint Vittore, three of the four patron Saints of Siena) and of Lorenzo di Pietro called Vecchietta (the author of Saint Peter and Saint Paul). The Loggia commissioned the statues of Saint Paul and Saint Ansano, and on the same day, they asked Donatello for a statue of Saint Bernardino, a work that he never realized.

Nevertheless, the potential presence of such a great master on the construction site sparked something in the two Sienese artists. For however much they had already established themselves, they didn’t want Donatello to outclass them. For this reason, the duo took advantage of the opportunity of Saint Peter and Saint Paul to renew their style following the Renaissance’s new standards.

Vecchietta’s hand reveals his predilection for jewelry arts. In comparison to the works of his colleague Federighi, his statues are rounded, carefully designed down to the smallest details, like the decoration on the lower hems of the vests, or the calligraphic tufts of the beard, or still yet the ornaments on the cover of the book in Saint Peter’s hand, or the wrinkles on both Saints.

Moreover, both of their feet stick out from the pedestals by almost half a step, just like Donatello’s statues Fede and Speranza did in 1429, for the baptismal font of Siena. And below those feet, the name of Lorenzo di Pietro appears as the painter (OPVS. LAURENTII. PETRI. PI°TORIS. SENENSIS). This is a revelation of the artist’s marketing strategy. Indeed, even in front of an esteemed sculpture of his making, he takes care to communicate to the public that he has the same abilities in painting as well. 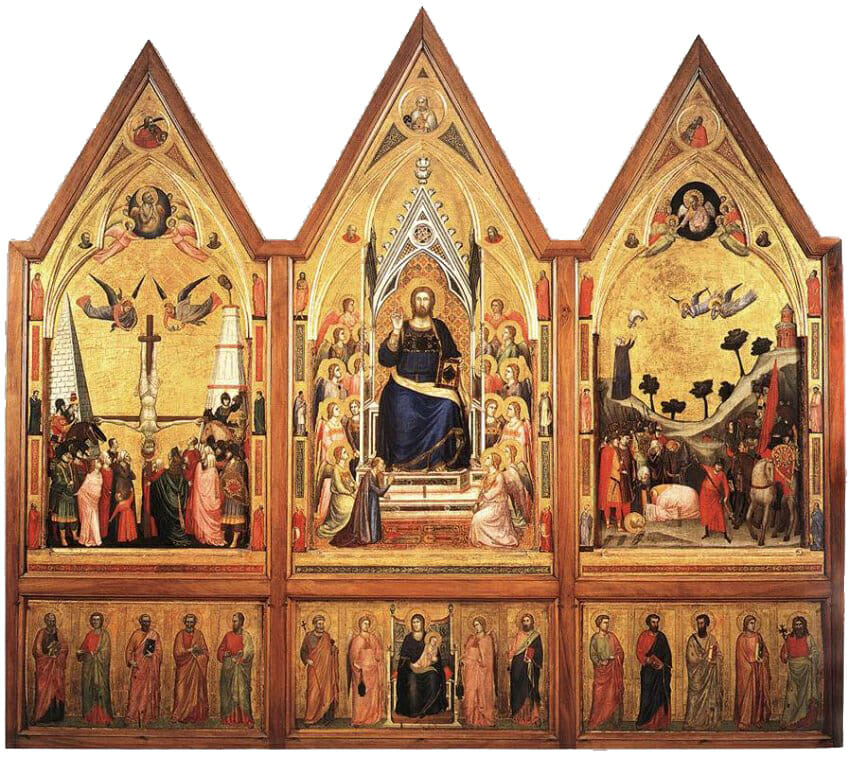