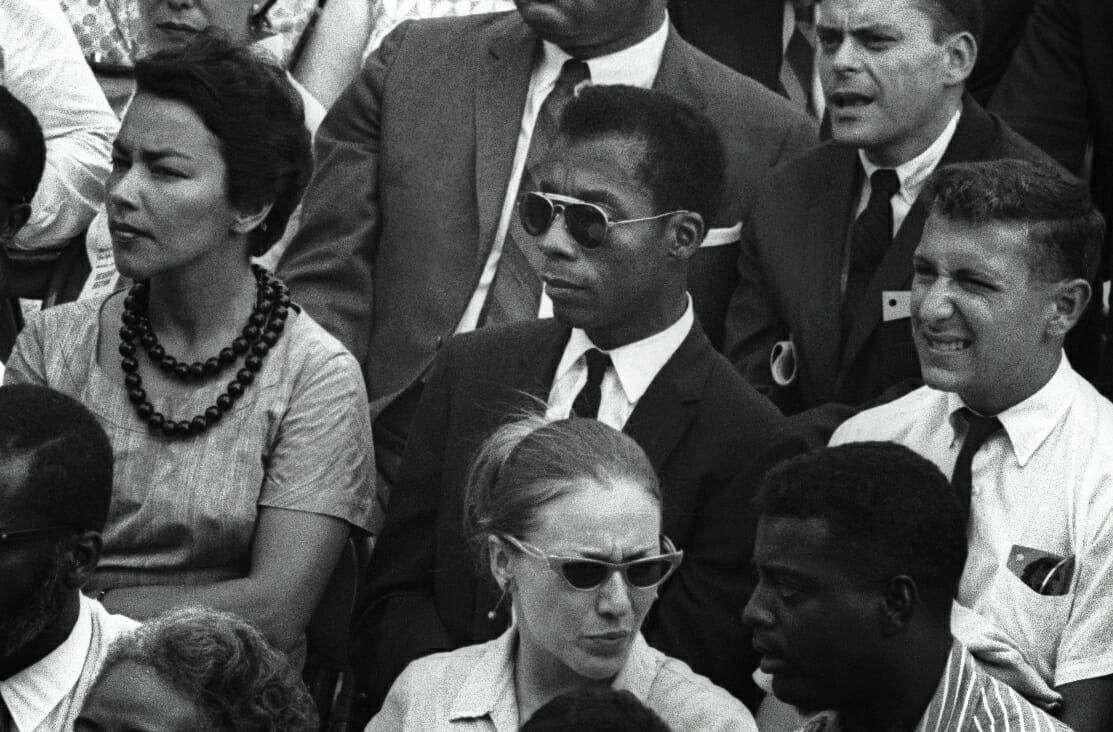 In 1979, author James Baldwin set out to write the memoir Remember This House. It was a collection of his reminiscences of the Civil Rights Era structured around the figures of Medgar Evers, Malcolm X, and Martin Luther King, Jr. Baldwin knew the three of them personally, and all three of them were murdered between 1963 and 1968. The book never amounted to more than thirty pages of notes. However, these notes, over three decades later in the midst of the Black Lives Matter movement, would resurface. They would become the basis for Raoul Peck’s 2016 documentary I Am Not Your Negro.

Peck takes a loose stream-of-consciousness approach to history, weaving together choice excerpts from Remember This House with other material. Other sources of inspiration were Baldwin’s 1963 book The Fire Next Time and his 1976 film essay The Devil Makes Work. Wisely, Peck takes a directorial backseat and lets Baldwin, with all his eloquence and intellectual poignancy, do the talking. He speaks directly, through clips of past interviews and debates (featuring a particularly quotable exchange on The Dick Cavett Show). But also indirectly, through the unmistakable voice of Samuel L. Jackson, who captures Baldwin’s signature mix of empathy and infinite weariness in his narration.

In a 2016 roundtable, someone asked Peck about his choice to exclude talking heads and external perspectives from the film. He described himself as a messenger. “My job as a filmmaker – he said – is to make sure the world is seen as it is.”

In this, he echoes the sentiment of his subject. In fact, Baldwin, even while being a prominent public figure, always saw himself as a witness. He taught he was there to document the heroism and the tragedy of others. Baldwin’s reflections on racism and the Civil Rights Movement address the immediate reality of his time. However, they also trace the origins of that reality back through all of American history, society, media, and psychology.

This holistic understanding of the patterns that cause events to recur has kept his writing relevant, and resonant, in the present moment. And yet Peck, with I Am Not Your Negro, prompts the audience to ask why Baldwin’s criticisms of race relations in 1960s America should still ring so true today.