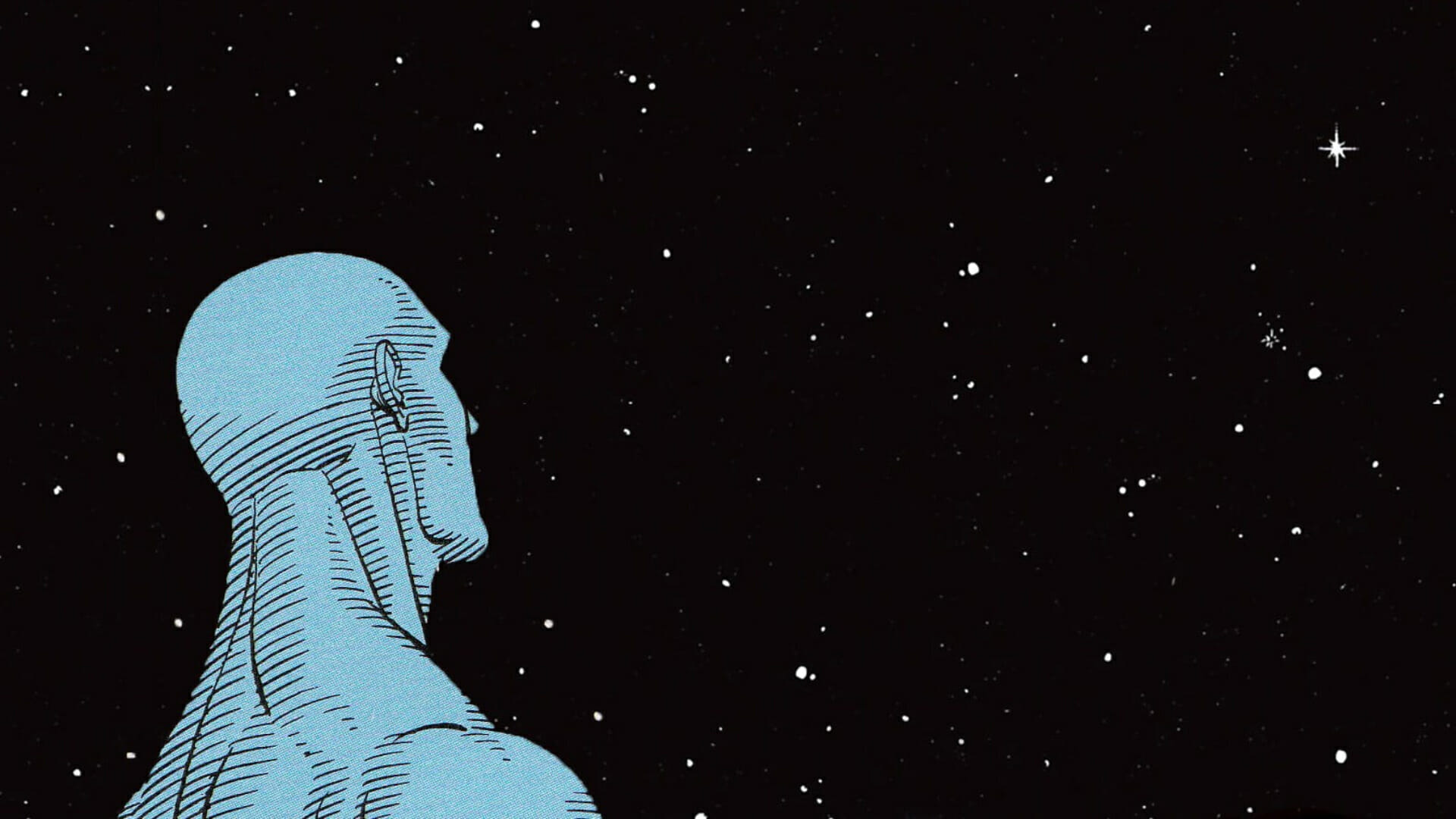 In the Orwellian year of 1984, Alan Moore begins to write Watchmen, changing comics forever. From that moment on, there begins superheroes’ adulthood. This comes out from the very first cover, a close-up of a smiley badge with a bloodstain. About it, Moore had this to say:

There were some tests that were done upon babies. If you lean over a baby’s cot and smile, the baby will respond. […] They tried simplifying it as much as possible and they found out that a yellow circle with two black dots and a black smile was the simplest design to elicit a response. So in some ways, you could say that image is the ultimate scientifically tested image of innocence. So by putting that splash of blood over the eye it’s sort of saying the age of innocence is over.

From strings theory to the Doomsday Clock, Nieztsche and the myth of King Arthur, the author enriched a superhero story with references from multiple fields. But mostly, like that which he already did with Miracleman, Moore unfolds the story with one question in mind: what would happen if people wearing brightly colored costumes and handling superpowers were real? The answer, like in Frank Miller‘s The Dark Knight Returns, is brutal and caustic.

Watchmen and the maturity of comics

The story takes place in an alternative version of the 80s. In a gloomy world where the Cold War is at its apex. The USA has won the Vietnam War thanks to the American superhero, Dr. Manhattan, a creature capable of control of all matter. When the plot starts, skepticism about masked vigilantes is widespread, and the government has already banished them for years. Graffiti saying: “Who Watches The Watchmen?” marks some city walls.

Right from the start, the superhero setting mingles with something new: a detective story with solid political nuances. The bright colors of superhero comics give way to a noir and darker atmosphere. The use of a nine-panel grid for the plates by Dave Gibbons enhances the thrill and the impact on the reader. Every page is filled with details and could be studied with a magnifying glass. A case in point is the 5th issue, Fearful Symmetry, where the authors manage to produce a mirroring effect. The first panel of the first page mirrors the last panel of the last page, and so on. The final result could be compared to a Rorschach’s inkblot. In that regard, Gibbons said:

Watchmen has perhaps received more analysis and dissection than any other comic book series ever published. […] I’ve thought that what Alan Moore and I had created was itself a Rorschach blot. A sprawling, eccentric design of words and pictures that readers could interpret.

The mythical superman exists, and he is American

All of the Watchmen represent different interpretations of the superhero, often showing eccentric and extreme traits. For example, Rorschach, caged in his total rejection of compromises, seems a psychopath chasing a moral utopia. The superior intelligence of Ozymandias makes him feel entitled to conceive a brilliant but heinous plan in order to save humanity. The Comedian, after seeing the “true face of the Century,” drops every value and starts to see the world as a joke. And Dr. Manhattan, the only one with actual, boundless powers, works as a military deterrent in favor of the USA. But even if he echoes and strengthens the threat of Mutually Assured Destruction, he is a detached Superman, careless about human affairs.

In Watchmen, there is no room for the typical comic book superhero who will always do the right thing. Under the global menace of annihilation, the actions of a couple of people wearing costumes turn out to be futile. Thanks to flashbacks showing a golden age where superheroes actually made a difference, a feeling of hopelessness for the present raises its sad head. Alan Moore thus depicts a world where ordinary people cannot decide their own fate. They are all at the mercy of a small élite, sometimes willing to make decisions morally unacceptable.

Watchmen is the first comic winner of the Hugo Award and the only one to appear in the Time’s List of 100 Best Novels. In 2009 Zack Snyder (300, Batman V Superman) made a film out of it. In 2019 Damon Lindelof (Lost, The Leftovers) created a TV show that continues the plot which concluded in the comic. 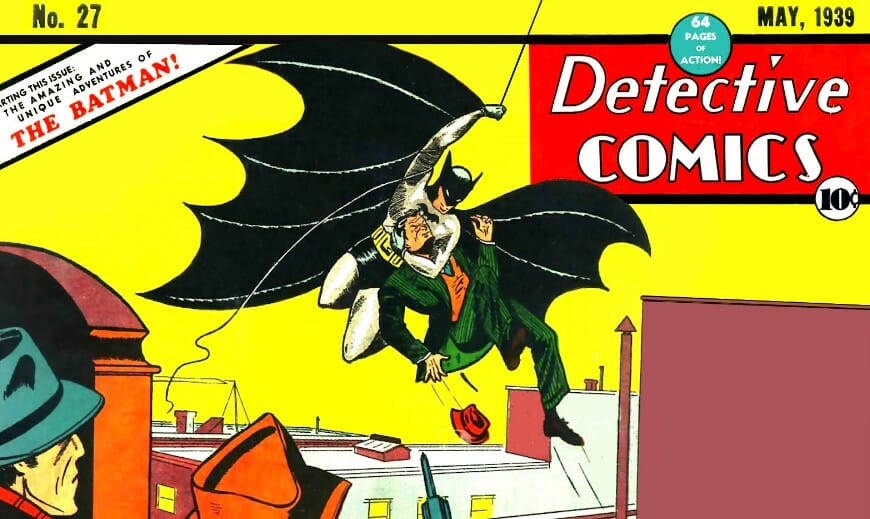